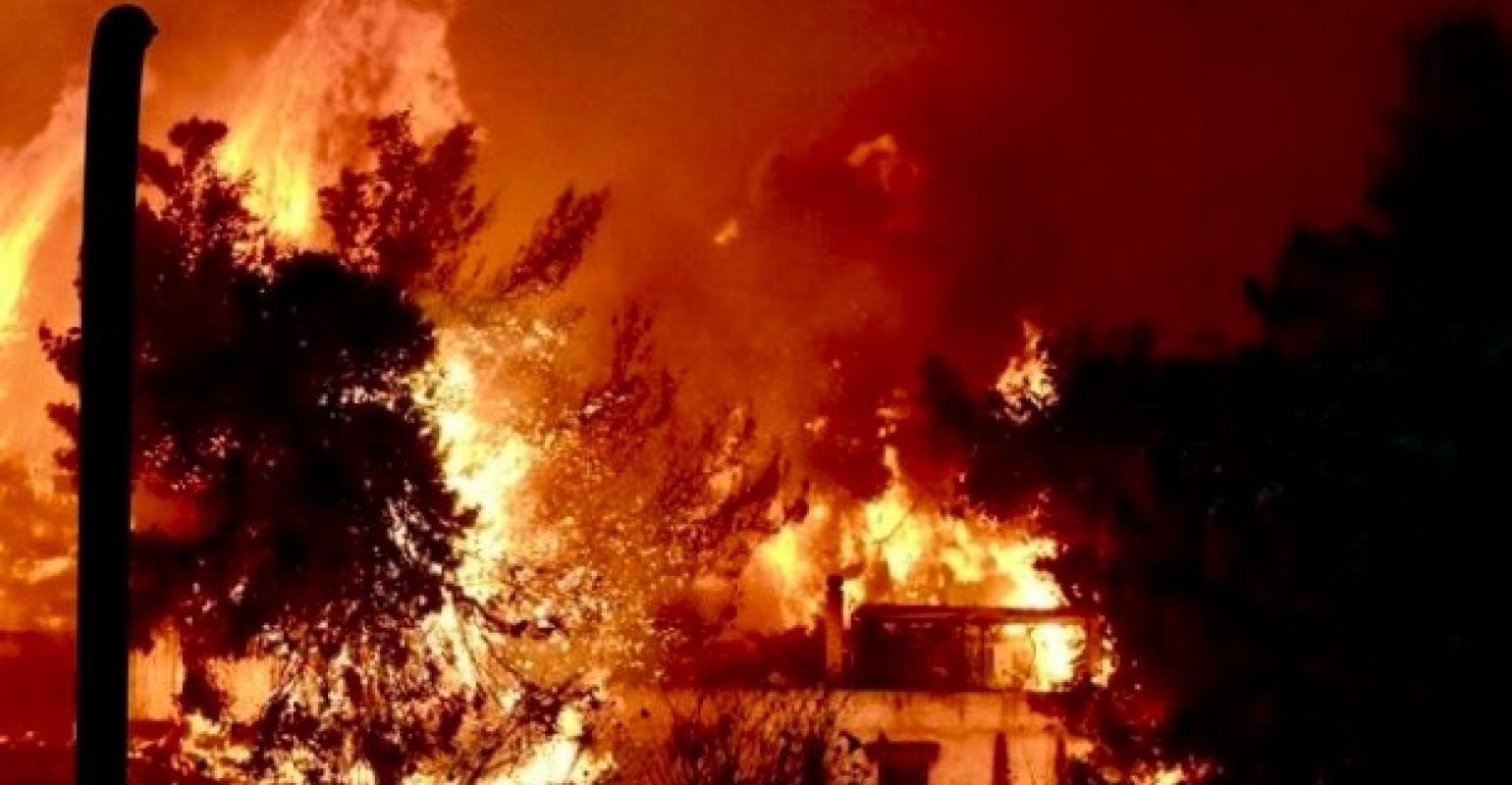 The Greek shipping community was quick to react as outer regions of Athens was ravished by wildfires this week. Indeed, as the death toll climbed to over 80 it could have been much higher if the country's ferry sector had not rushed to rescue hundreds of people driven into rough seas by the massive forest fires raging behind them.

As rescue teams mid-week continued to search the seaside areas northeast of Athens to locate further victims Greek ferry crews were being hailed as heroes after seafarers dived from their vessels into the water to help drag people onboard, who had been swept out to sea by tides and currents. Indeed, some crew stayed in the water helping people to remain afloat until picked up by fishing boats or Hellenic Harbour Corps patrol craft.

The area surrounding the port town of Rafina was among the worst hit July 23/24/25 as fires fed by dry vegetation, high temperatures and strong winds raced across the region forcing hundreds of people into the sea when they had no other avenue of escape. More than 700 people were reportedly plucked from the sea.

Rafina port remained open and at least five locally-based ferries quickly responded, along with other craft, to rescue people. In all some 65 people were rescued by ferries, some reportedly five nautical miles off the coast.

The Union of Greek Shipowners (UGS) in a statement, July 24, expressed the sorrow of the shipowning community for the unfortunate losses suffered. "Our thoughts are with the victims of the national tragedy our society is experiencing. We will try to help our unfortunate fellow citizens," said Theodore Veniamis, in his dual status as president of the UGS and SYN-ENOSIS.

He said the union's non-profit organisation for implementation of social and large scale charitable projects, will look at the most effective ways of supporting people who have lost everything in the affected areas and will announce the relevant initiatives decided on.

Shipowner Evangelos Marinakis, also the owner of Piraeus-based football club Olympiacos, combined with Olympiacos to donate EUR1m to help relive those impacted by the disaster. Olympiacos also announced bank accounts have been established for those wishing to donate to the cause.