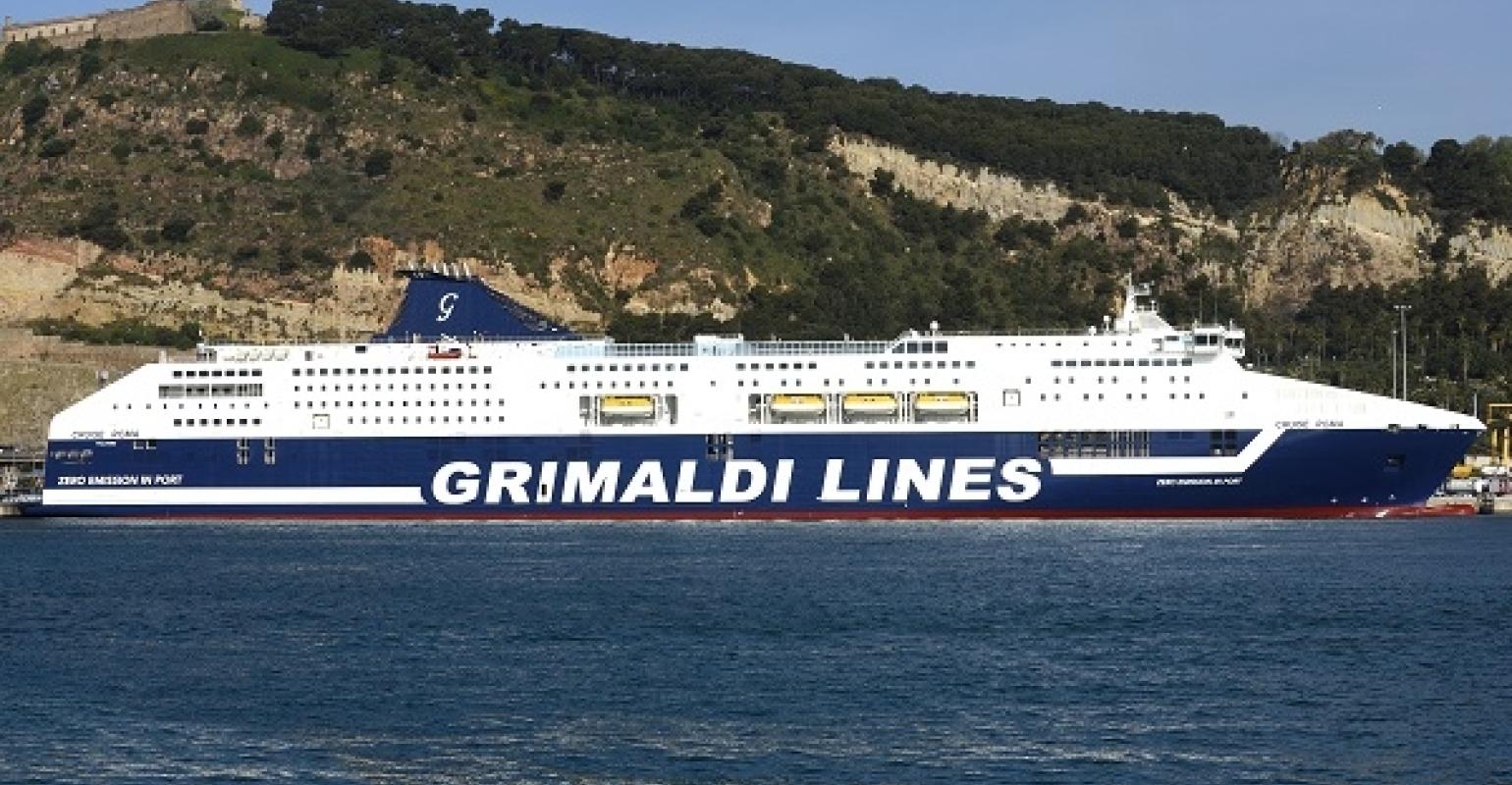 Grimaldi Lines inaugurated service by its freshly lengthened and upgraded, environment-friendly superferry Cruise Roma in the port of Barcelona on 27 May before a group of distinguished guests, hosted by Grimaldi Group's corporate commercial director - short sea shipping, Guido Grimaldi.

In service since 2007, operating on the Civitavecchia-Porto Torres (Sardinia)-Barcelona route, "Cruise Roma" was stretched by the insertion of a 29 metre midsection at Fincantieri's Palermo, Sicily, shipyard, extending the vessel to a length of 254 m and 63,000gt.

Of more basic, longer-term importance, the vessel's diesel auxiliary powerplants were replaced by sets of lithium batteries with a capacity of more than five MWh. This new installation provides power for the ferry during its port calls, thus reducing to zero its emissions while docked.

Four exhaust gas purifiers were also added, reducing particulate emissions while under way by 80%. According to Barcelona Port Authority chairwoman Mercé Conesa, the lithiium batteries will prevent the emission of 106 tonnes of NOx annually. Cruise Roma's sistership, Cruise Barcelona, will go into the Fincantieri yard later in June for the same transformation. The changes add 20 cabins with 80 beds, as well as four seating area with a total of 450 seats and a 270-seat cafeteria.

Total capacity for each stretched vessel will be 3,500 passengers, 271 motor cars and 3,700 linear metres for heavy goods vehicles in a 3,000 square metre car deck.

The two vessels will contribute significantly to the port of Barcelona's Plan to Improve Air Quality. A parallel component is the deployment of LNG for vessel bunkering and use by the port's shoreside vehicles. The cruise vessel AIDANova was the first ship to use the new fueling facility when it called in April.

Among the other officials gathered for the event were the Italian Consul General in Barcelona, Gaia Danese; Francesco Maria di Majo, chairman of the Port of Civitavecchia; and Leandro Melgar, director of operations for the national Spanish Puertos del Estado.