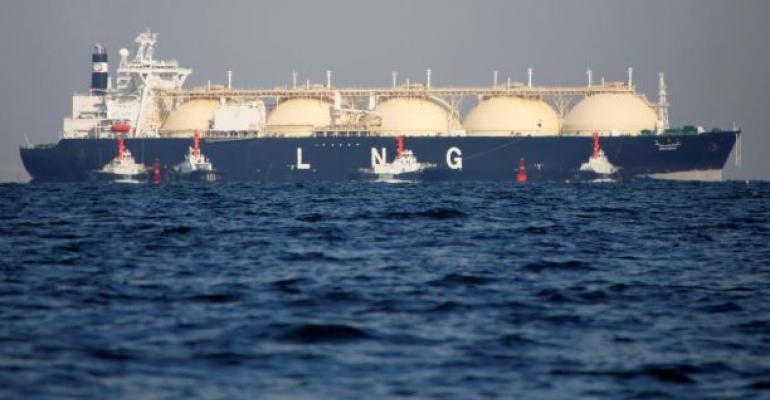 The global LNG carrier fleet is forecast to expand through to 2020 on the back of a growing LNG trade, according to the latest update by Clarksons Research.

The longer term modelling suggests that the LNG fleet will outnumber the VLCC fleet by 2026, according to Clarksons Research managing director Steve Gordon, who added that there is also a growing interest in small scale LNG, FSRU, FLNG and LNG as a marine fuel.

“Global trade in LNG continues its strong growth phase, with an expected 8.4% growth in 2019 and 7.4% in 2020. Recent export growth has been dominated by Australia and the US, while China has driven import growth (60% of import growth in 2018),” Gordon commented.

“With 93mt pa of export capacity under construction, and a further 313mt pa of capacity at FEED, growth potential remains strong. This trade expansion, combined with high day rates for vessels trading on the short term market over the past twelve months, has supported newbuilding orders totalling $17bn since start 2018 and helped build a total newbuilding orderbook of 25% of the fleet ($24.5 bn),” he said.

FSRUs play a growing role, accounting for 12% of current regasification capacity and 24% of export capacity under construction.

Gordon further noted that LNG fuel capable adoption stands at around 3% of the world’s fleet and around 16% of the global orderbook by tonnage.

“We estimate that 3% to 4% of world tonnage will be LNG fuel capable through 2020, albeit the majority is still in LNG carrier sector. LNG infrastructure is also ramping up, with number of ports globally with LNG bunkering increased from approximately 20 to 100 in past five years,” he said.