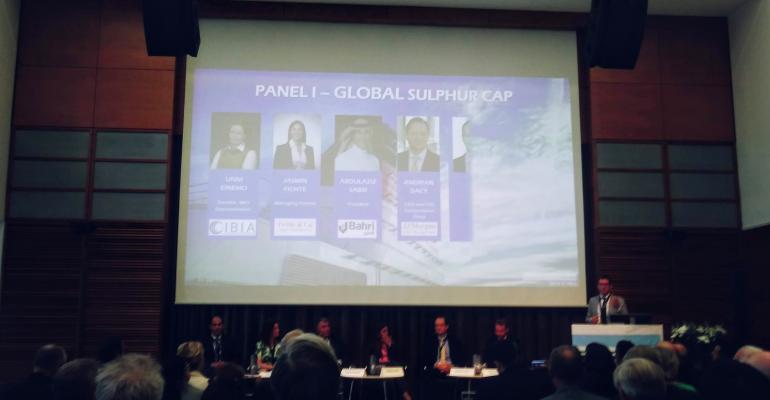 The premise of DNV GL panel on IMO 2020 at Nor-Shipping 2019 seemed to be that with less than seven months to go certainly at least the top players should be ready, but discussions revealed a lot of issues remain even for those preparing well in advance.

The well-prepared on the panel revealed concerns about those who will not be well prepared, and ongoing concerns about fuel quality, and the cost of complying to far ahead of time in an industry where the struggle to make money is well known.

While it is well acknowledged if you haven’t started planning for IMO 2020 by now it’s already rather late, indeed, panellist Jasmin Fichte, managing partner of Fichte & Co, commented, “I don’t why we’re calling it IMO 2020 - it has started for a lot for already now”, there are still many uncertainties.

Unni Einemo, director and IMO Representative, IBIA, noted that with the costs of compliance no-one wanted to comply further ahead of the deadline than they needed to. This applies not just to owners, but also suppliers who do not want to stock up on compliant fuel to far ahead of demand from owners.

She said it was not though the blue chip companies we needed to be worried about it was the others where signals of how they planned to comply were not too clear. “If they haven’t decided which method of compliance to go for they are a bit behind the curve,” she said.

The two shipowners on the panel, Bahri and Fednav, were examples of those who have started to plan well in advance – in both cases in the latter part of last year, but this does not mean they were not without their concerns.

Tom Paterson, managing director of Fednav detailed how it rejected fitting scrubbers on its fleet and decided to use distillates, had already started on execution with a 70 page document from its ship manager Anglo-Eastern, sent fuels for samples, and started reducing the number of tanks on its ships with heavy fuel oil.

“Are we ready? Yes. Our concerns are a level playing field, we’re going to do what’s right – will everybody else? No, because they never have done in the past. I just hope they get caught and level the playing field.”

Despite reassurances from bodies such as the International Chamber of Shipping that fuel oil non-availability reports or FONARs will not be a free pass not use compliant fuels Paterson seemed less sure. “The thing that concerns us most about FONARs is that people will use that as an advantage, which will be to our disadvantage,” he said.

He said that people would find a convenient way of being able to say there was no compliant fuel available this time through doing a deal. “Wherever there is a good operator, there is another bad one out there… the FONAR is probably a good way around the system for certain operators.”

Abdulaziz Sabri, president, Bahri Ship Management, said they were taking the implementation of IMO 2020 very seriously, talking with major suppliers and engine makers and was going to do three trials with 0.5% sulphur fuels.

He said that the number one concerns for shipowners were quality and price of fuels. On the issue of quality he said that in order to get quality 0.5% compliant fuel it was important to deal with an oil major in the main hubs to ensure the fuel is coming directly from the refinery.