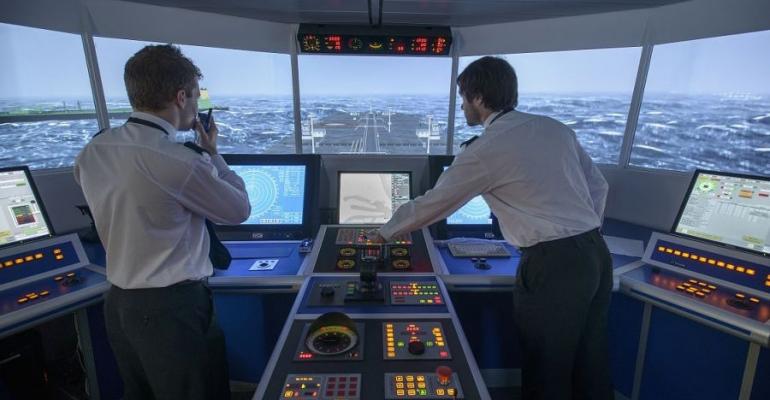 What do you mean by the phrase –“long-term crew strategy”? In recent years, in our beloved shipping industry, I have tended to believe that it is trying to find a Second Engineer with a chemicals endorsement and US visa, for a ship leaving Singapore next Tuesday.

“Demand-led” - it was rather cruelly described to me by one of my cynical friends who works for a major ship manager.

It wasn’t always so “hand-to-mouth”. In his account of the Sailing Ships of the New Zealand Shipping Company 1873-1900, Alan Bott writes about the company’s apprentice scheme which employed 45 young men by 1878. The object of this exercise, said the chairman’s report, “is to get good steady lads, who will work their way up in our service and become, in time, efficient officers and commanders in our ships”.

The company even provided shore accommodation for the boys in the East India Dock Road and a “matron and housekeeper” to provide “necessary supervision” and keep the young blighters out of the taverns and alehouses.

That was an early example of a long term crew strategy, and it was followed by most well-run shipping companies, who recognised that it was both prudent and responsible to look ahead and grow your own officers, rather than try and make do with those trained in the practices of others. I think of the old NZS and indeed, my old company in the same trade, when I hear some shipping company seer waxing eloquently about the virtues of the great modern manning “bazaar” that is available to anyone today wishing to find crews for ships.

It is not exactly strategy – more like shopping- as you can compare the monthly rate of a crew from China against that from the Philippines and Thailand, India or some other place where cheap crews have suddenly appeared in this marvellous market. You don’t even have to pay for their training, like they had to in the old days – the government, or willing ship managers, will see to all this for you. And if you are driven only by the price, then you will probably avoid anywhere in Europe, like the plague. As they might bellow in their manpower market stalls – “never mind the quality – see the price!”

It is sad to hear that Maersk have said that they will no longer look upon the UK and South Africa as “sourcing areas” for their cadets. At a time when training was at a very low ebb, Mr Moller’s famous company was one of the few which continued to operate extensive training schemes for cadets and they were big employers of young UK would-be officers. One suspects that the change is all about price, rather than Brexit and Tonnage Tax, if you backed the Maersk HR person into a corner and asked penetrating questions.

It is a particularly cruel blow for South African cadet training, as this was a sort of legacy of Safmarine, with the company a serious employer of young South Africans, who just don’t have too many alternative destinations for the products of their excellent training establishments, in a country with endemic unemployment. You can guess the reasons. South Africa is a bit out on a limb, expensive for travel when compared to somewhere on the mainline routes.

People will tell you there is no sentiment in today’s manning market, but I look back a few years to a meeting in a Cape Town college with bright and very keen young people who I thought would go far. They probably will, but no longer in ships with blue hulls, and that’s a shame. I would suggest that it is also not exactly the best way to make friends, who might want to ship their goods in your ships rather than someone else’s, but that never seems to worry the strategists in Copenhagen. They are probably thinking long-term.