According to MSC the 2015-built containership encountered heavy weather while sailing to Bremenhaven, Germany losing some its containers overboard. According to reports it was sailing near the Frisian Islands, an archipelago off the northwestern Dutch coast also known as the Wadden Islands. Some of the containers have washed up on the Wadden Islands and the German island of Borkum.

Watch - Video of damage to containers on the MSC Zoe

While most the containers lost, reported to be at least 270, container consumer goods such as toys and furntiture at least three containers were reported highly flammable, potentially dangerous organic peroxides. 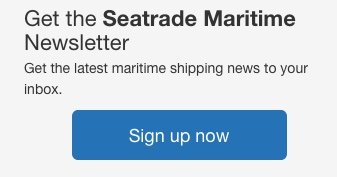 MSC said it had appointed an undisclosed salvage company to locate and clean up the missing containers.

“MSC appointed on 2 January a salvage company to coordinate the retrieval of cargo and beach clean-up operations and is also deploying specialised ships equipped with sonar to search for missing cargo at sea,” the company said.

“MSC takes this incident very seriously, both in terms of the impact of such accidents on the natural environment and in terms of any damage to customers’ cargo. In all aspects of the clean-up MSC is collaborating with local authorities.”

The MSC Zoe has continued on its voyage to Bremenhaven.