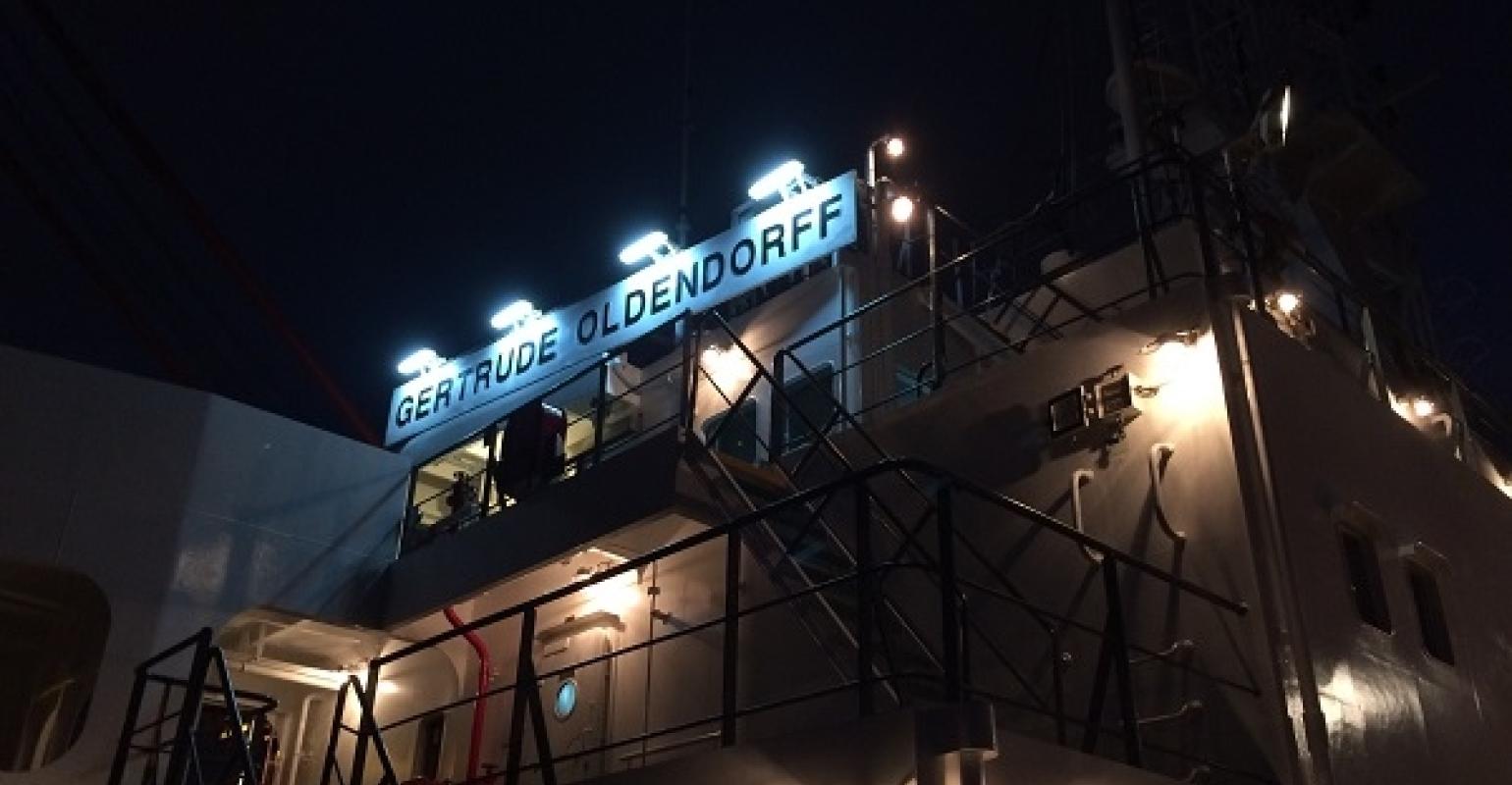 Oldendorff switching on to LED lighting on board ship

Oldendorff Carriers is making the switch to LED lights on board all the vessels on its fleet, which are up to 80% more efficient.

The shipowner has conducted a series of trials on its vessels over the last year to analyse different manufacturers LED lights. Following tests on four vessels the company decided it was worthwhile to make the switch to LED lighting and has so far equipped six vessels with new lights. LED lights offer the advantage of being up to 80% more efficient to traditional lighting methods, need fewer lights and last as much as five times longer.

“The use of LED’s will also reduce the electrical power requirement and consequently the emissions from each ship,” Oldendorff said.

With both longer lifespans and being more resistant to breakages LED also reduce the workload of the crew in replacing lights.

The company will be fitting LED lights to all ships either during drydock or during upcoming voyages by the crew.