Owners warned of operational and regulatory challenges with scrubbers 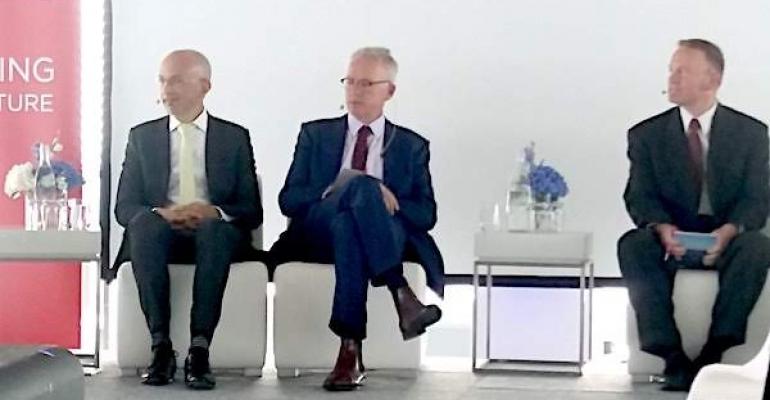 Scrubbers have become flavour of the month for large vessel owners to comply with the 2020 sulphur cap, however, ensuring compliant operations could prove difficult with Euronav chief Paddy Rodgers drawing a parallel with the oil water separator record book issue in the US.

he issues of having compliant scrubber operations and concerns over open loop scrubbers, the type fitted by most shipowners, were highlighted at seminar entitled – 2020: Challenge or opportunities – held by ABS in Hamburg on Monday.

For the shipowner hoping to simply fit a scrubber and then be able to burn high sulphur heavy fuel oil wherever they like with no questions asked there were warnings it would not be that easy.

“This isn't a type approval, this isn't a license to burn heavy fuel oil,” stated Euronav ceo Paddy Rodgers. “You are obliged to monitor and ensure that your emissions are maintained on three or four parameters at all time and a failure to keep a record is itself a non-compliance.

“I think we are headed to a territory that to my mind is a lot more like the oily water seperator book where a lot of people running scrubbers may find they get detained in port. and they could get detained in port because actually the computer recording instruments failed during the voyage, not the actual scrubber stopping functioning,” he warned.

The result could be an owner being hit with a penalty simply because records were wrong regardless of what the actaul level of emissions were. In the case of the oily water separator record book owners and managers have found themselves slapped with hefty penalities in recent years.

Questions were also raised on possible restrictions of open loop scrubbers with the German Shipowners Association (VDR) highlighting restrictions in an increasing number of ports.

Wolfgang Hintzsche said, “We are getting more and more inputs from owners that there are increasing restrictions for open loops, at least in the ports... there is an increasing list in North European, if you look at Norway, Sweden, Germany.”

Although owners can switch to using compliant fuels in port this was not seen as ideal solution. “For sure you could be compliant by using MGO (marine gas oil) but most of the owners we talk to are looking forward to only having one fuel, which would be the best alternative for long term discussion.”

Euronav's Rodgers also questioned whether open loop scrubbers would really be acceptable if looked at closely by the world at large rather than just the IMO.

Lars Robert Pedersen, deputy secretary of Bimco responded that, “One would expect what comes out of IMO in terms of what is criteria is actually acceptable to those countries or else I would not expect them to approve it.”

He added: “We have a wash ater criteria from IMO, yes it can be changed over time, but I don't think it will be changed that it will basically outlaw open loop scrubbers.”