Ports and Brexit: A sign of queues to come? 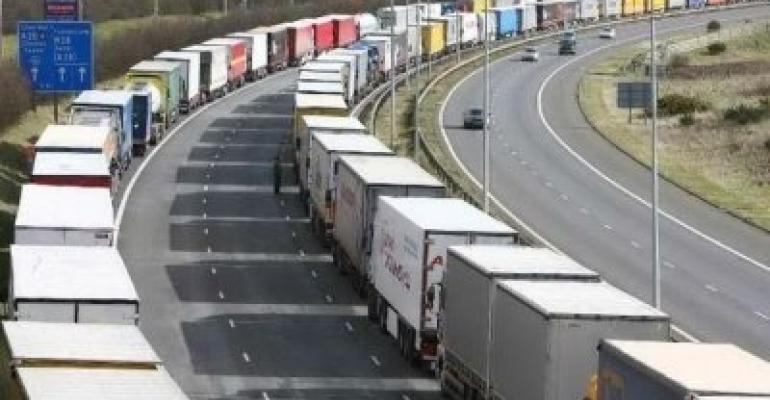 Those arriving for the UK Major Ports Group’s (UKMPG) annual parliamentary reception could be forgiven for drawing some parallels between the long wait they endured, outside in perishing cold, rain and wind, and the dire forecasts of miles of trucks queueing outside ports in the aftermath of Brexit.

Being forced to queue for well over an hour in order to get through the House of Commons’ lamentably slow security system meant that many guests didn’t actually make it to the UKMPG event until half-way through the allotted two hours.

By that stage, chilled to the bone, the talk was whether there would be hot chocolate or mulled red wine and whether we would really have to take off our coats – at all, ever. (Two ‘nos’ and one ‘yes’, since you ask.)

And so to the speeches, which were a fine mix of Brexit despair and Brexit optimism.

Shadow secretary of state for transport Andy McDonald talked about the food warehousing issue – people are running out of space and no one knew about that better than those in the room, he noted – and said it was “hard to be over-optimistic at this time”.

“We see the figures about car exports and vehicles shipped through our UK ports and I share an awful lot of trepidation about the future,” he said.

The agreement now being proposed between the UK and the European Union was only a temporary fix, he said. “We look at this with great anxiety – there is no other way to describe it.”

Shipping Minister Nusrat Ghani was upbeat, describing Brexit as ‘now the biggest priority’ and telling guests: “We are working with countries across the world to ensure Britain becomes a global leader in free trade once we leave the EU. We aim to remove barriers and bring benefits to UK consumers.”

The government was making plans both for a deal and also for the ‘unlikely scenario of no deal’, said Ghani. Ports, she said, had a massive role to play ‘as we become more outward looking’.

The event included the launch of the UKMPG’s new 5-point plan for growing the success of the UK’s major ports. These were outlined by Charles Hammond, chief executive of Forth Ports and UKMPG chair, who highlighted the fact that the ports industry contributes £7.6bn to the UK economy. Every direct job in the ports sector supports at least six in the broader economy, he said.

“Over the last five to seven years, we have grown our economic contribution by 25%, improved our productivity and our skills base, and attracted global capital.”

What is the ports sector looking for in return? The UKMPG list: ensuring that the UK has a major ports sector that can continue to thrive in a changing world; connectivity that boosts trade, productivity and sustainability; a positive planning and development framework; a balanced environmental approach that delivers both sustainability and growth; and ensuring that the UK is well-placed to develop the ports of the future.

Connectivity is a must, Hammond said: “We would ask you [the government] to look at any major road or rail scheme and consider trade and the links of that scheme to the nearest port.”

A lot of coastal communities in which ports operate are very hard-pressed, he said, “and could do with sharing some of the prosperity generated by trade”.

UKMPG members want red tape cut in planning, said Hammond, who called for the creation of free trade areas at ports around the country as well as recognition that the sector saves more carbon than it creates.

“I have been in the industry for almost 30 years. When I started, we occasionally got a visit from the Department for Transport (DfT). Now we have real partnership.”

Now the UKMPG was asking government to take that a bit further, he said, with the suggestion of forming a policy board in which government and the industry could work jointly.

And finally, in the interest of balanced reporting, I should say: guests were assured that the issue of the long, frozen queue would be raised with the Speaker of the House of Commons. And anyway, it wasn’t all negative. Just outside the door at this frictionful border, the security staff had helpfully place a box, into which people could dispose of their broken umbrellas, blown hopelessly inside out by the icy blasts on Cromwell Green. An impressive, but forlorn, collection.