Reader's viewpoint: Transparency and the IMO 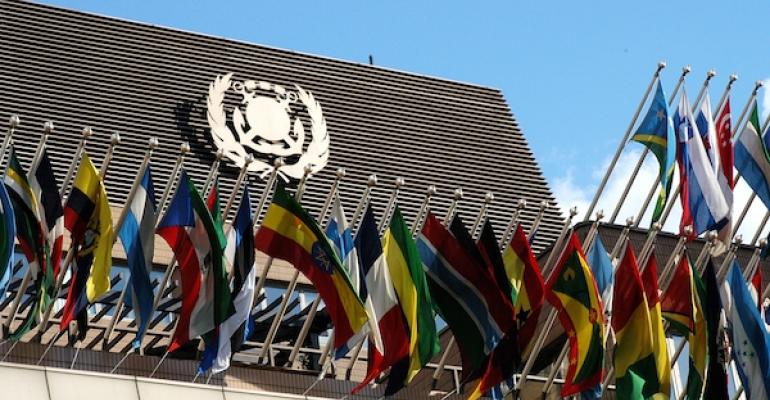 Alisdair Pettigrew, managing director of BLUE Communications, and a consultant to several organisations in the marine environment space, writes in response to the article ‘Transparency audit and the IMO’, published 9 April and by Seatrade Maritime columnist Michael Grey.

While I admire Mr Grey’s ability to drive debate, it’s hard to concur with many of his views on the topic of shipping and the environment. So, in reading his article ‘Transparency audit and the IMO’  I was surprised to find myself agreeing with his wife. Although any hope that Mr Grey had become a reformed character following his wife’s accusations that he maintains no point of view other than his own, was abruptly dispelled when scrolling down his article.

As someone that takes huge pride in my association with the shipping industry, I found myself wondering what people outside our sector might think, had they stumbled upon Mr Grey’s opinion piece referencing the recent Transparency International (TI) report, citing anomalies in IMO governance. The article characterized an industry as feeling unfairly targeted and cornered, demonstrating precisely the lack of transparency and willingness to listen to voices outside of shipping that formed part of the TI assessment. In many ways he described shipping at its backward-looking, blinkered, beleaguered worst. As I spend a lot of my time with the forward-facing best of the industry I feel a counter-point is necessary.

I do agree with Mr Grey ‘s assertion that the IMO is a “technical organisation, not a political entity”. This is precisely the point; climate change is hugely political; with the greatest respect for the great work conducted at IMO in safeguarding lives at sea, for example, the IMO’s technical committees were never established to deal with an issue where geo-political landscape is heating up as unpredictably as the world itself.

Therefore, to label those that represent experts’ voices from outside shipping, such as Influence Map and TI, as “special interests who know nothing of maritime technology and are looking for people to blame” is to…well, Mrs Grey knows. The reality is that we need lateral thinking, opinions and new ideas from outside to move things forward. In the majority of industries and the world’s best companies, that’s how progressive change works.

Achieving zero carbon emissions in the shipping industry is recognised as a far bigger challenge than in land-based sectors. Shipping will need scientists, clean technologists, and experts in energy transition to influence the change that is required. For example, we need to accelerate the adoption of the most promising energy efficiency technologies (saving money and improving air quality in the process). We also need debate and practical opinion on topics as varied as sustainable biofuels, hydrogen methanol, and bio-LNG; as well as the opportunities for blockchain or AI to support carbon emission reductions and drive further cost savings.

A glaring omission from the article is any reference to the recent Organisation for Economic Co-opertion and Development (OECD) report that solicits experts from academia and industry (including shipping), and concludes that shipping could be carbon neutral by 2035. It is a report written by an organisation we have all heard of (a sure sign of credibility, according to Mr Grey) by experts, including maritime experts, that see the need for innovation and adaptation to meet the challenges of climate change as an opportunity for powering sustained economic growth and job creation in shipping and related sectors.

We should finally not let key findings of the TI report go unnoticed, as it was in Mr Grey’s article. To take one, the TI report rightfully challenges if the IMO can truly be deemed open and transparent when more than sixty percent of its budget is financed by just a handful of registries (most of which are tax havens and largely hidden), or when it restricts journalists from naming speakers in open plenary without consent.

According to Mr Grey’s article, the IMO is “arguably one of the only UN agencies that works tolerably well”. Which also suggests that arguably it isn’t working. And, even if it were, what a brand vision for the future: “IMO: We work – arguably - tolerably”.