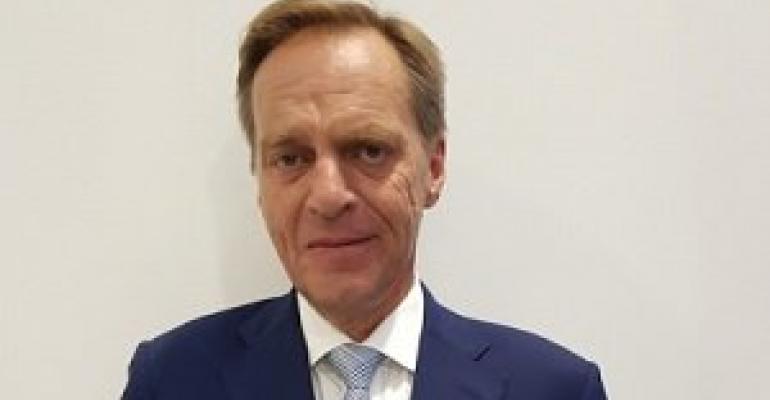 It is little surprise to learn from scrubber manufacturer Yara Marine Technologies ceo Peter Strandberg that “business is fantastic” at the moment given the rush ahead of IMO 2020, but he also believes the product has a more long term future in the marine sphere.

Yara Marine is one of the top scrubber manufacturers and initially focused on the cruise sector, which took up scrubbers earlier than most of general shipping, but is this move by general shipping ahead of the sulphur cap on 1 January 2020 that has resulted in a huge spike in sales.

“We have gone from two scrubbers a month to 30 scrubbers per month for delivery so its fantastic growth,” Strandberg told Seatrade Maritime News in a recent interview at Nor-Shipping 2019.

According to DNV GL figures in October 2018 Yara Marine was one of the top three scrubber manufacturers along with Wartsila and Alfa Laval, with the three combined having over a 50% market share of the 1,850 either installed or on order at the time.

With those aiming to fit scrubbers ahead of the 1 January 2020 deadline already needing to have booked in their contracts units Yara Marine is seeing some slowing in business but he is confident of a pick-up later in the year. “The business has been a little bit slower, but comparing to last year it has been much, much better. I think it will pick-up in Q3 and Q4 for sure. Many of them are waiting for the new fuel spread – what will it be?”

Yara Marine’s solution, which Strandberg likens to an Ikea flat-pack, is unique in that it does not require the vessel to be in drydock for it to be fitted. For vessels such as cruise ships which have multiple propulsion units it is possible to install the scrubber unit while the ship is still in operation. However, this is not possible with most cargo vessels, which have a single engine. With good planning he said it is possible to install the scrubber in a three week timeframe.

Strandberg believes that current environmental concerns over scrubber washwater are more politically driven than they are scientifically grounded. “They are politicians and they try to stay safe from public opinion. But we will try to educate them and show them the facts,” he explained.

Although most owners do order open-loop scrubbers according to Yara the majority hybrid ready, which means they could be converted to operate in both open and closed modes at a future date.

Some market watchers believe that scrubbers are just a short term fix for the industry Strandberg thinks they can be developed and offer a good option from an environmental footprint standpoint in terms of using heavy fuel oil (HFO) which will remain as a residue of diesel production. “I believe there is a future for scrubbers, and I really hope, we scrubber suppliers, can develop our product even more to be able to reduce the air pollution.”

He noted that refining HFO results in three times the CO2 footprint that it does from burning it in a ship’s engine. “When you are burning diesel you will have even more small particles (PM2.5) which are the dangerous ones. If you have scrubber and are burning heavy fuel oil that will catch 80% of the particles. For me it’s a win – win situation. I still believe scrubber and heavy fuel is a better solution than compliant fuel,” Strandberg stated.