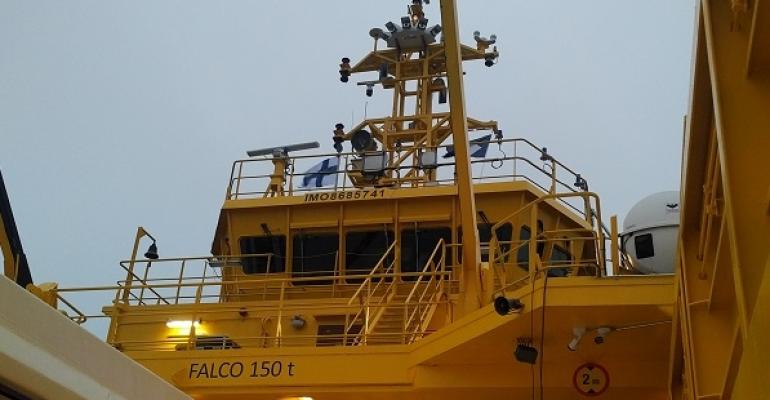 Global shipping took a giant leap forward earlier this week as Rolls-Royce Marine and Finferries successfully completed the world’s first truly autonomous voyage, deploying the car ferry Falco in the congested waters of the archipelago, just south of the city of Turku in western Finland.

A broad range of Rolls-Royce customers and other interested parties saw real-time images of the vessel’s progress as it navigated around obstacles, without human intervention, on the voyage between Paraino and Nauvo. Later, the return passage was completed under remote control from a shore-based centre.

Just a few days before, Finnish technology group Wärtsilä revealed details of an automated dock-to-dock procedure conducted in the presence of the Norwegian Maritime Authority. The system was successfully tested on board the ferry Folgefonn and represented an important step forward in the company’s ‘smart marine’ programme.

Rolls-Royce, which already has its own automatic docking set-up used in part of the Falco demonstration, will soon be taken over by Kongsberg. The Norwegian company will be acquiring what is arguably the world’s leader in sensor-based real-time ship autonomy, and it is a competition between technologists in Norway and Finland as to who leads the race. On the face of it, those involved talk about collaboration, but make no mistake, this is a highly competitive business and the stakes are high.

Oskar Levander, Rolls-Royce’s high-profile ship autonomy expert, is a leading pioneer of the science which, in theory, could allow many ships, deployed on certain routes, to operate without human intervention. The advocates of such arrangements point to benefits including increased safety – most maritime accidents are a result of human error – and lower costs. Traditional seafarers, they argue, would see their jobs transferred from ships to shore-based control centres, with their lives transformed into more normal existences, living at home with access to friends and family.

However, at a smart reception to celebrate completion of the two Falco voyages earlier in the day, Levander highlighted the IMO’s 2050 carbon emission reduction target and suggested that autonomous shipping development could be a major contributory factor in achieving this aim. But regulations were a constraint on technology developments, he said, and those at the forefront of developments would like the IMO’s regulatory procedures to speed up.

What will start in short-sea maritime business and local waters will move, step by step, into regional trades and eventually deep-sea vessel operation, Rolls-Royce Marine President Mikael Makinen said, predicting that this development was “not far away and could be closer to five years than 15”.

Levander added that there would be little point in the automated operation of some ships – very large container vessels, for example – because the benefits would be marginal. However, the business case for small container ships, including feeder vessels, could be very interesting, he suggested.

Shipping is the most conservative of transport sectors and there are plenty of naysayers when it comes to ship automation and ultimately, ship autonomy. However, recent demonstrations by some of the sector’s leading technology companies show that these initiatives are no longer academic exercises to see what is possible.

The presence of a significant contingent of shipping’s customers at the Rolls-Royce event suggests that those in denial need to adjust their thinking. If the end users want to see the cost and safety benefits associated with autonomy, then shipowners and operators need to embrace the new technologies and, with new regulations from the IMO, prepare for a more automated future.