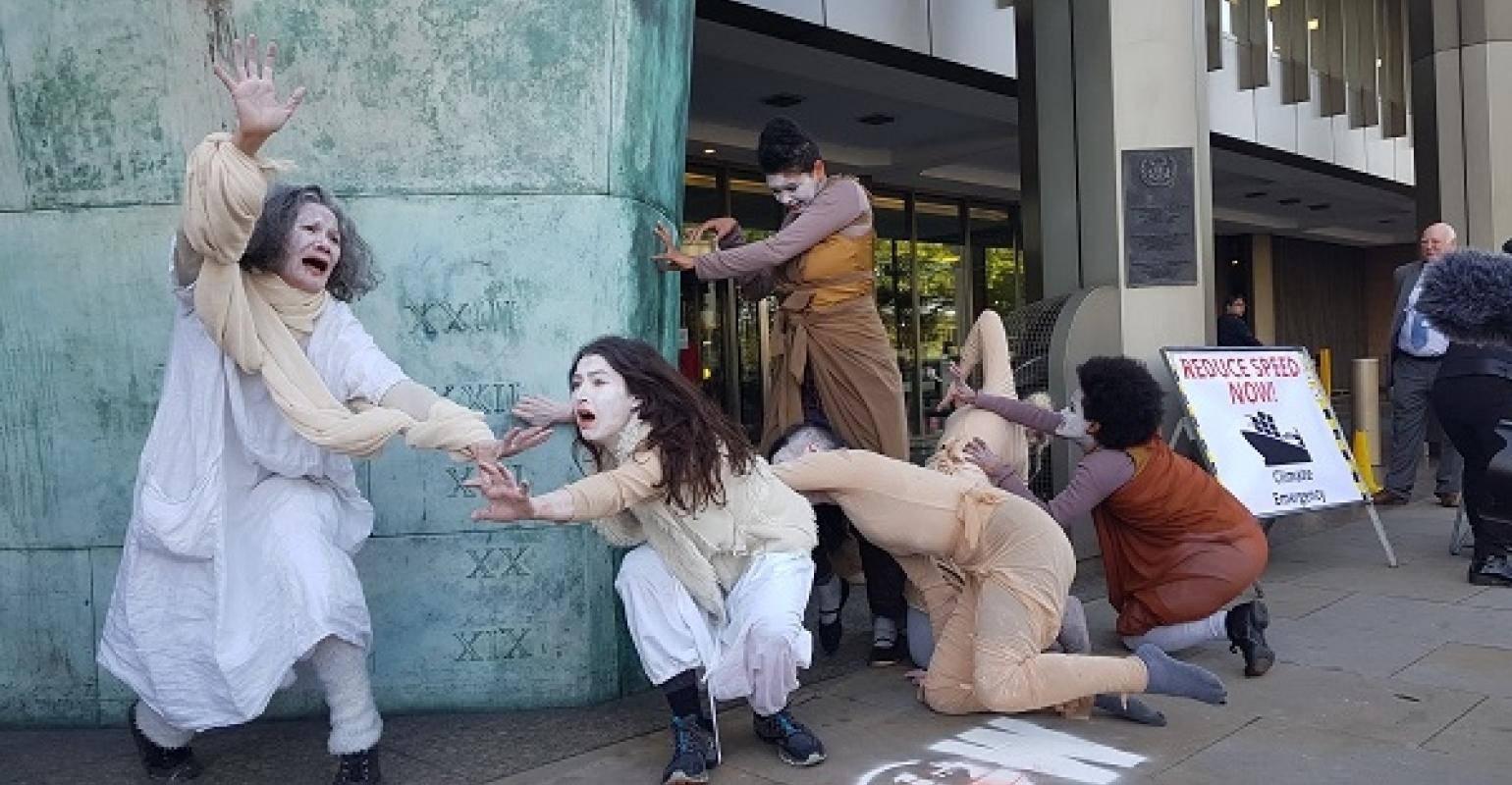 What do school students, a professional dance troupe and the Catholic Church have in common?

As the International Maritime Organization (IMO) and the industry gear up for the Marine Environment Protection Committee 74 (MEPC 74) meeting next week increasingly diverse groups are putting pressure on shipping to act now on emissions. In less than 48 hours press releases from the Global Catholic Climate Movement, the UK Student Climate Network, and the Siren Troupe, have landed in the Seatrade Maritime News inbox, all targeting for shipping to take more action on emissions.

Ahead of the IMO meeting the Vatican-convened conference ‘The Common Good and Our Common Seas’ was convened in Copenhagen. At the conference Catholic institutions in countries with major connections to shipping announced their divestment from fossil fuels. These include institutions in Panama - home to the Panama Canal and one of the world’s largest ship registry, the Philippines – the largest supplier seafarers, and Greece – the largest shipowning nation. “Divestment from Catholic institutions signals a high standard of ambition for the IMO meeting, which begins 13 May,” a statement from the Global Catholic Climate Movement said.

On Tuesday morning Noga Levy-Rapoport, 17, organiser of the UK school strike movement on climate change was to address was to address delegates at the IMO as the global school student activist group turned its attention this week on the shipping industry.

Levy-Rapoport said: “The message from young people is that we must listen to scientists and act now. We can’t afford delays. That includes the shipping industry and it includes aviation. Delegates at the IMO have a responsibility to represent their countries’ futures, not just corporations concerned about short-term profits.”

With other members of the UK Student Climate Network, Levy-Rapoport is a core organiser of monthly climate strikes.

Also on Tuesday morning at 8am a group of professional dancers performed 'Body Haunt: a warning signal to shipping Industry' outside the IMO headquarters in London. A press release described the targets set by the IMO last year as “feeble” and called for an immediate slowing down of ships.

'We demand the delegates of the Marine Environment Protection Committee (MEPC) to immediately vote for slowing down the speed of the ships,” said the artistic director Nicole Caodie, “To diminish the catastrophic effects of climate change.”

What the call from all three of these very different organisations for urgent action on emissions and climate change by shipping illustrate is that the industry is going to come under increasing pressure from all quarters to act both quickly and decisively. A failure to be seen to do so will only result in increasing pressure and shipping being placed ever more in the public spotlight on its record on emissions – be that fairly or not.