Switch to new hull coating solution could cut fuel consumption by up to 8%: Subsea Industries 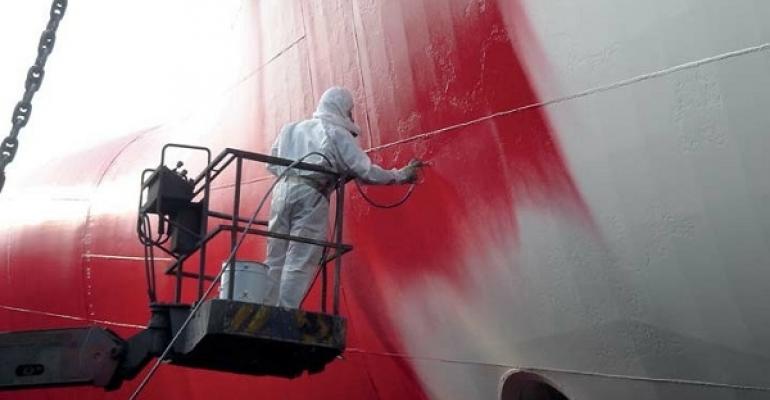 Subsea Industries claims to have a hull coating solution that can not only save up to 8% in fuel consumption but is totally biocide-free and non-toxic.

A hydrodynamically smooth hull, with an absence of fouling build-up, has a significant positive impact on fuel consumption. According to Subsea Industries, the worse the fouling, the more power will be required to keep the ship sailing at a given speed and this could mean higher fuel consumption and the production of more greenhouse gases and other emissions.

The age old problem of biofouling now has more dimensions that require a more effective solution as higher environmental standards worldwide mean that ship owners can no longer afford to gloss over the marine environment issue. Problems include the release of biocides, along with surviving organisms which are detached from the hull during underwater cleaning between dry dockings. The risk of introduction of invasive non-native species from this practice has been such a concern that several ports and countries have banned underwater cleaning due to concerns about the pulse release of biocides and an increased risk of transferring of non-native species.

Independent tests carried out in the Netherlands and Canada have verified that all the company’s coatings – Ecospeed, Ecoshield, Ecofix, Ecolock and Ecolast –are totally biocide-free and 100% non-toxic. This means there is no negative effect on the water column or the wider marine environment at any point in their use.

These tests have been so convincing that results submitted to port authorities and environmental agencies worldwide have resulted in several economically important ports making an exception to the ban only for Subsea’s coatings.

The company has also designed special tools that can be used for regular frequent in-water cleaning of hulls coated with Ecospeed. No damage is caused to the surface of the coating and none of the coating is removed – in fact the cleaning process makes the hull even smoother, further enhancing the hydrodynamic characteristics.

“We offer a TBT-free, copper-free and biocide-free solution, which release no toxins at any stage, improves with maintenance, and helps reduce emissions of greenhouse gases, sulphur and nitrogen oxides, particulate matter, zinc anode emissions and VOCs,” he said.

Subsea Industries claims its underwater coating systems provide an optimum solution for reducing fuel consumption by maintaining a smooth surface and reducing fouling in the most environmentally-friendly way possible.