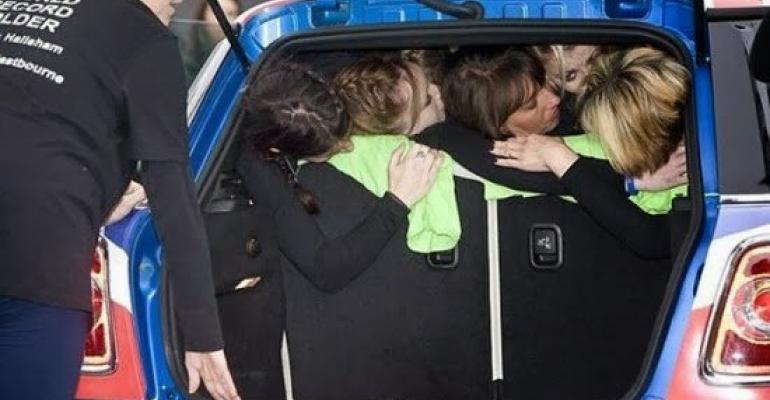 How many rugby players can you squeeze into an old GPO telephone box, or students into a Mini? It was a question that came to mind when I read about the arrival on the scene of the monstrous container ship MSC Gulsun, freshly delivered and soon to inflict its 23,000 teu upon the waiting world of container terminals.

It will be quite a stretch for the shiploaders to extend over 24 rows of boxes, nine or ten high on deck, but that is what the biggest claim they can handle and will now have the chance to prove themselves.

The clever thing is that the designers have managed to squeeze some 1,500 extra boxes, which I remind myself was the total capacity of the “second generation” mainline ships, into a ship length of no more than 400m. In this respect, port people the world over owe something of a debt to the management of the Suez Canal, who have been adamant that they are not going to stretch their rules, even though so many port people have been pressurised to squeeze longer ships into spaces ill-designed to take them.

It is difficult to conceive of how many more boxes might be crammed into this length parameter, although we shouldn’t underestimate the imagination and zeal of naval architects to deliver for their clients. In theory, there is probably no limit to the width of these ships and I suppose cranes might be made even taller, but the economics would probably suffer and they would probably become impossible to handle in the confines of a port with the length-breadth ratio skewed. Trying to keep such a ship alongside in a stiff offshore breeze might also test the resilience of bollard designs.

It seems not that many years ago that the chairman of a major port told me that the advantages of big ships over smaller ones were diminishing and he couldn’t see ships over 12000teu being an economic proposition. I’m also old enough to remember the dire warnings of a prominent insurer at the risks represented by the first ship to break the 2000teu “boundary”. There were, he said, “too many eggs on one basket”, which gave me the headline I was looking for.

But few of the lines seem to have been deterred by this chap’s modern successors, worrying about the insurance risks locked up in and on such giant hulls, or the dire warnings of fire-fighters and professional salvors concerned with their ability to cope with casualties on this scale.

Who benefits from this arms race in container ship sizes? We will be told all sorts of fulsome statistics about the way in which these monsters are good for the environment, with far fewer death-dealing emissions emitted. Somebody will be sure to suggest that the shippers benefit from cheaper rates, although few will swallow this one easily.

It is said that the full voyage rotation of a 23,000 teu behemoth will take an additional four days, which of course presupposes that all the ports are kitted up and capable of handling the huge exchanges. And while it may take the ship only four extra days to accomplish the circuit of ports, it could well be that the actual consignor to consignee passage time down through the whole logistics chain is a good deal longer.

We have had 20,000teu ships circling the globe for a year or two now and even the biggest and most capable terminals are struggling to clear their stack yards of what these ships drop on their wharves. More feeders, more trains and more trucks will be needed, along with more ground space, more berth lengths, along with the whole apparatus for handling these huge ships. Who benefits? It’s not a hard question to answer. They wouldn’t build them otherwise!