With the turbulence of Brexit in Europe, Greece waves maritime flag 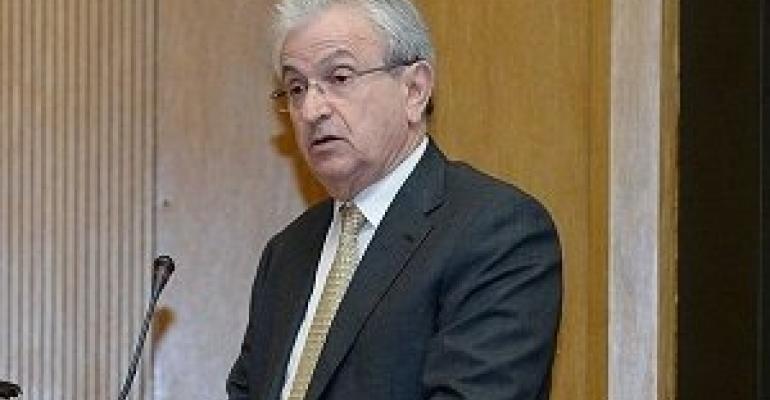 At a time when Europe is “experiencing turbulence such as Brexit”, Greece, with oceangoing shipping and its management as the cornerstone of a development plan can become "a pole of attraction for many shipping businesses and maritime activities”, says Union of Greek Shipowners (UGS) president, Theodore Veniamis.

Addressing the UGS' agm, 6 February Veniamis said: "We are proud of the fact in 2018 Greek-owned shipping continued to represent more than 20% in of the global dwt and to strengthen European shipping overall, accounting for over 51% of the EU fleet".

Indeed, during the first 11 months of 2018, Bank of Greece data, shows shipping added EUR15.2bn ($17.2bn) to the country’s coffers, an increase of about 15% over the same 2017 period, marking a gradual return to levels prior to the imposition of capital controls in 2015.

Veniamis said the 2018 fluctuations in charter rates in the various sectors and the bleak forecasts for the global economy in 2019, has seen a timely corrective move to limit capacity supply, with orderbooks at the lowest point since 2002 for bulkers and a historically low for tankers. “Therefore, we should be cautiously optimistic on the course of the 2019 freight market for both the tanker and dry cargo sectors, hoping to find a way of enhancing revenue after the current difficult times”.

Moreover, he said “as history has shown, in times of challenges and economic turmoil in shipping, Greek shipowners ‘are doing business’ showing adaptability and an innate ability to reposition in time".

He revealed a temporary doubling of the country's tonnage tax, introduced five years ago during the height of Greece's debt crisis, is going to be replaced with a new 10% tax on shipping dividends.

Veniamis, said the new charge applies to persons with tax residency in Greece who repatriate dividends from shipping income received from ship owning companies registered abroad. Such dividends have been hitherto tax-free, and the European Commission, has, since 2012 been pushing Greece on the issue, and the dividend tax provision has been expected for sometime under threat of being taken to the European Court of Justice.

Veniamis said the "decision provides renewed proof of our industry’s responsibility and unity, as well as its strong commitment to continue its active presence in our homeland". Similar to the tonnage tax doubling it replaces, the new dividend tax will be legally enacted through a memorandum of agreement between Greek shipowners and the country’s government, a necessary move as Greece’s shipping tax regime is protected by the country’s constitution.

Veniamis said "Greek maritime labour is called upon to follow the steps of globalisation and to cope with the principles of competitiveness of international shipping". "Only then will young people be given a vocational way out via the maritime professions, a choice now blocked by trade union practices and attitudes of past eras". He noted a new three-year collective agreement has become mutually acceptable and signed by the union representing office staff, “protecting the working peace in our industry".

The UGS president also referred to proposals and initiatives of the maritime community for the upgrading of maritime education “in order to preserve the maritime identity and know-how of the Greek nation”.