UK ports and Brexit - ready or not? 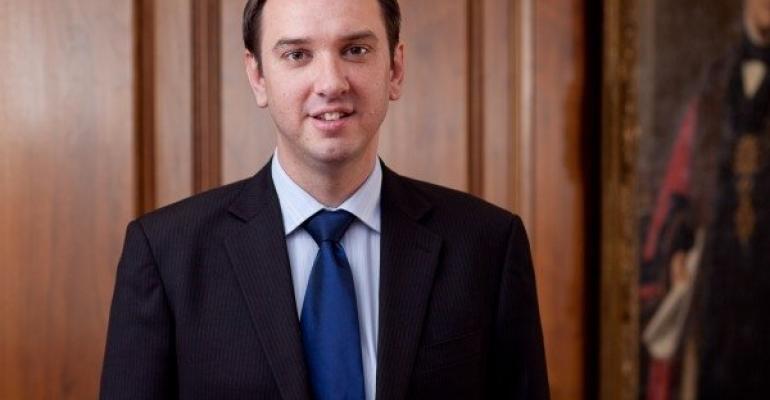 Prepared or not prepared? That’s quite a question. According to a survey on preparedness for Brexit by Odgers Berndtson, only 16% of about 100 UK ports and harbour authorities have made any ‘significant or practical’ plans for Brexit, but 59% expect a negative or strongly negative impact.

The survey also reports that only 25% of UK port leaders think they are currently in a position to handle Brexit [the departure of the UK from the European Union] well; one-third believe they could cope but ideally with further investment. And that, of course, is the sticking point.

The British Ports Association (BPA) responded by pointing out that ports and terminals are considering a range of potential outcomes but uncertainty has made it difficult for them to make firm investment decisions. “Like many others in the logistics chain, ports are considering their options and awaiting details from the Government as to what the final trading environment will look like,” said a statement.

Richard Ballantyne, chief executive of the BPA, said: “The ports industry has been involved in extensive planning and discussion with the UK Government on the challenges a no-deal Brexit would present but, given that there is still no certainty around our trading relationship with Europe after Brexit, it is not surprising that some ports have been unable to fully prepare.”

There is a variety of levels of exposure to Brexit challenges across the UK ports sector, he said. “It has been clear from the outset that ferry ports in particular face significant challenges and we know that the Government is well aware of these. The industry has been working at a national level as well as with local resilience forums and other groups to ensure that ports and partners across the freight and logistics sectors – including Government agencies at the border – will be prepared for any potential disruption.”

The BPA has been asking the Government for the past two years to ensure that there is sufficient time to implement any necessary changes at the border and has been urging ministers to avoid a ‘no deal’ scenario if at all possible, said Ballantyne.

The response to the survey was a little more optimistic from the UK Major Ports Group (UKPMG), whose chief executive, Tim Morris, said: “The survey is not reflective of the experience of UKMPG members, the very largest ports handling 75% of UK port volumes, who have been engaged with considerable Brexit activity. In many cases the biggest ports already handle significant quantities of non-EU cargoes so already have the systems and processes in place for handling ‘third country’ trade.”

The UK’s port sector has proved itself over time to be resilient and adaptable, said Morris. “We expect the same to be the case with Brexit, although greater clarity from politicians on the future relationship and the route to it would undoubtedly make transition quicker and smoother.”

Hutchison Ports (UK) has dived into the fray last week, launching its own ‘Guide to post-Brexit supply chain reliability’. This highlights the shortsea shipping routes between its UK ports – Felixstowe, Harwich and Thamesport – and the European Union, and says that ‘in the climate of uncertainty facing the logistics world, Hutchison Ports is best placed to navigate any disruption that Brexit may cause’.

“As the UK prepares for life outside the EU, its importers, exporters and transport operators must review their logistics strategies to prevent interruption to their supply chains,” it says. “Hutchison Ports already provides alternatives to the busiest cross-Channel routes for accompanied traffic, and options to switch to unaccompanied trailer traffic or shortsea containers.”

Recently the Port of Felixstowe and DFDS announced an agreement to increase ro-ro capacity by more than 40%, by replacing one of the existing ro-ro bridges with a floating linkspan, investing in more tractor units and creating more than 300 more parking spaces for unaccompanied trailers.

“As well as being the UK’s largest container port, Felixstowe is also a key gateway for roll-on/roll-off trade with Europe,” said ceo Clemence Cheng. “Demand on DFDS’s service to Rotterdam has been growing steadily for a number of years and we are delighted to have agreed a new contract with them to secure the service at Felixstowe for another 15 years.”

The investment is driven by long-term confidence in the route, he said. “We are seeing increased interest in both ro-ro and shortsea container connections at all three of our UK ports as shippers seek to minimise risks to their supply chains resulting from Brexit.”