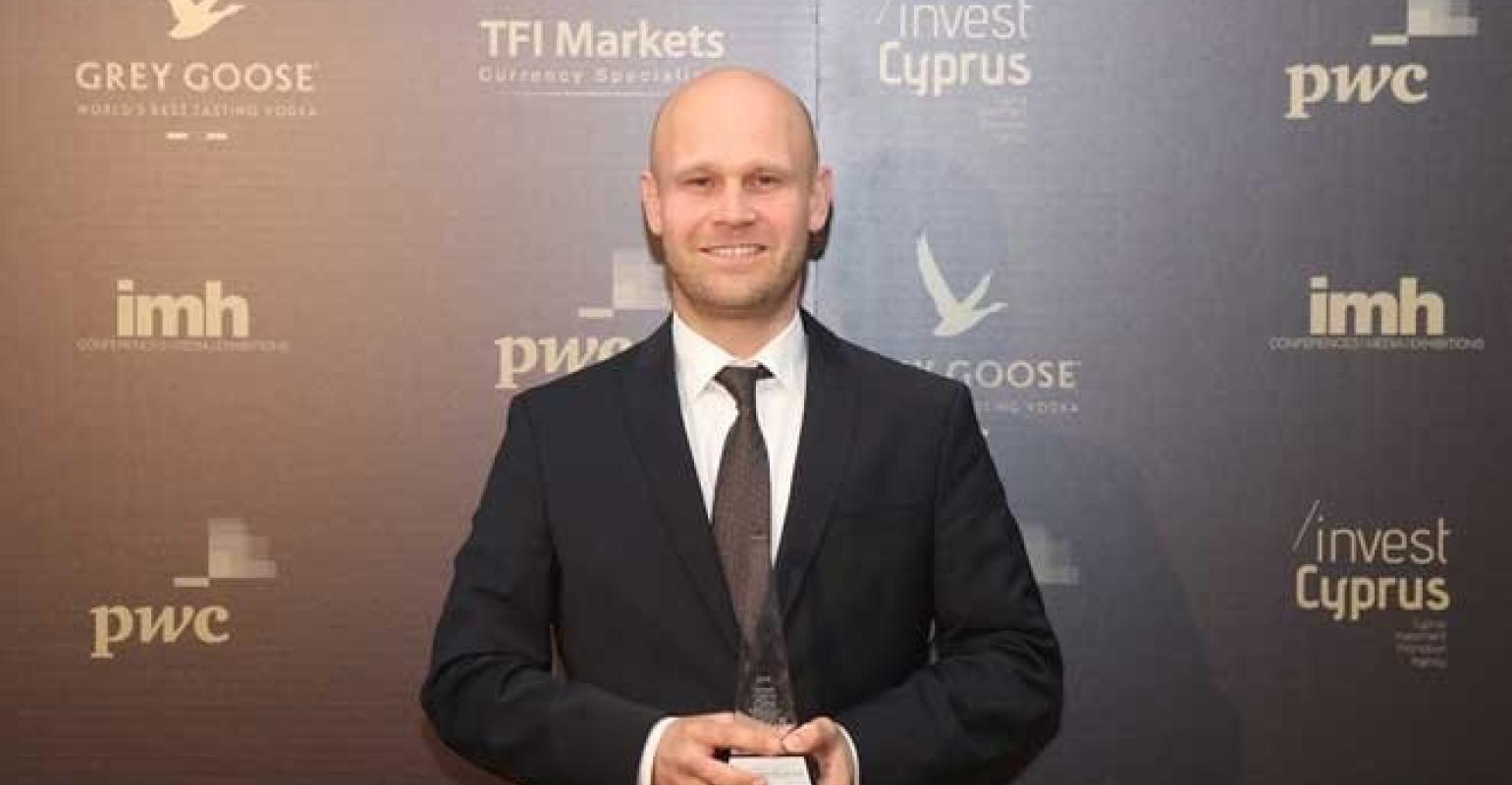 Ship management company Uniteam Marine has been singled out for its contribution to the growth of Cyprus’ economy, winning the country’s 2018 Invest Cyprus International Investment Award.

While Uniteam Marine provides services to shipowners and ship managers across the globe, the organisation maintains its base in Cyprus. It has since expanded its network to Myanmar, Germany, and Ukraine, Uniteam Marine employs 100 people in Cyprus and about 350 worldwide, as well as managing a pool of 6,000 seafarers.

The Invest Cyprus International Investment Awards are presented to foreign investors in Cyprus annually, as a token of appreciation towards their continuous support and confidence in Cyprus’ potential as an attractive business and investment destination.

Cyprus President, Nicos Anastasiades, presenting the award to Holger Ruether, Uniteam, ceo, said: “It is a fact a few years back, Cyprus made the headlines for all the wrong reasons. But since then, what has been achieved is nothing short of a remarkable recovery, confirming the resilience and strong foundations of the Cyprus economy and the excellent prospects of its key productive sectors.”

Invest Cyprus chairman Michalis P. Michael said the island was attracting increased interest from overseas investors, capitalising on its competitive advantages as well as the opportunities created by international developments, including Brexit.

“An ambitious reform strategy, as well as a series of targeted initiatives in selected markets and business audiences allowed us to stimulate investment interest in new and existing projects and sectors,” he said, “Especially in view of Brexit, we see even greater potential in promoting Cyprus as an attractive alternative destination for businesses.”

“Cyprus has recorded a growth rate of almost 4% in 2017, while macroeconomic forecasts show rates of more than 3% for the coming years. In a business-friendly environment, with a highly skilled and multilingual workforce, international businesses find the ideal environment here to invest, prosper and grow.”

Indeed, straddling the regions of Europe, the Middle East and North Africa and with access to Eastern Europe, Russia and former Soviet republics, Cyprus is proving to be a destination of choice for Asian funds looking for a single European passport for investment in Europe.

The country’s ideal location, flexible legislation and a very competitive cost structure, were messages being delivered by the island’s delegations at this month’s Posidonia 2018.

Natasa Pilides, Cyprus’ deputy minister of Shipping, was busy during the June 4-8 Posidonia event exposing the attractions of doing business, with, and in Cyprus, giving interviews and holding meetings with international and Greek politicians and shipping industry leaders.

In a recent interview with Bloomberg, Andreas Yiasemides, vp of the Cyprus Investment Funds Association (CIFA), said: “There is an increasing trend for funds from countries which traditionally didn’t have strong economic ties with Cyprus such as China, India and even Japan, to establish a base in the country as their gateway to the EU.”