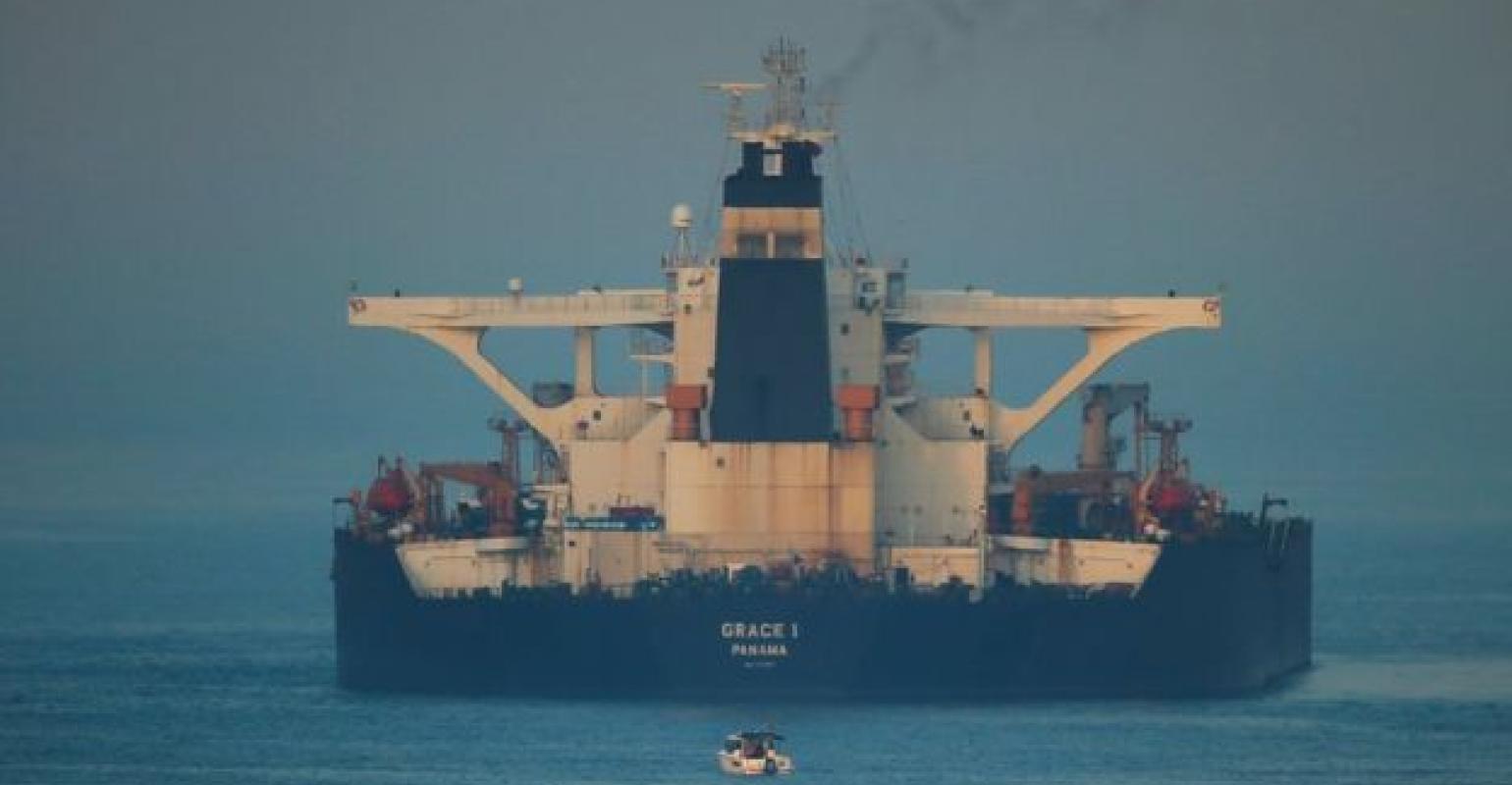 The United States has sent a strong warning to Greece not to offer any assistance to the re-named VLCC Grace 1 at the centre of a diplomatic standoff between the UK and Iran and was held off Gibraltar for over six weeks.

The warning came on 20 August after the tanker, seized by the British Royal Marine off Gibraltar 4 July over allegations it was carrying oil bound for Syria in breach of EU sanctions, left Gibraltar 18 August bound for the Greek port of Kalamata.

The US conveyed its “strong position” to the Athens government saying the tanker is carrying oil to Syria, and any efforts to assist it could be considered as providing material support to a US-designated foreign terrorist organisation, which has immigration and potential criminal consequences.

The 300,600 dwt Grace 1, built-1997, now re-named Adrian Darya 1 and re-flagged to the Iranian register after Panama de-listed it due to its possible link to terrorism, is believed to be heading to Kalamata and scheduled to arrive 25 August.

August 20 Greece’s Shipping and Island Policy Minister, Yiannis Plakiotakis said “no formal request” has been made “so far” to Greek authorities by the Iranian tanker to dock at Kalamata. He said the Greek Foreign and Shipping ministries are closely monitoring the situation.

The US State Department maintains the tanker is assisting the Islamic Revolutionary Guard Corp, which the US has designated as a terrorist organisation, by transporting oil to Syria. The US has also conveyed its “strong position” to all ports in the Mediterranean about facilitating the tanker which is carrying about 2m barrels of oil.

Gibraltar freed it saying it was bound by European Union law and could not comply with the American request.

Iran responded to the original UK action by seizing the 50,000dwt UK-flagged tanker Stena Impero, built 2018 in the Middle East Gulf in retaliation mid-July. Britain has since sent a second warship to the region to offer protection to UK-flagged ships.