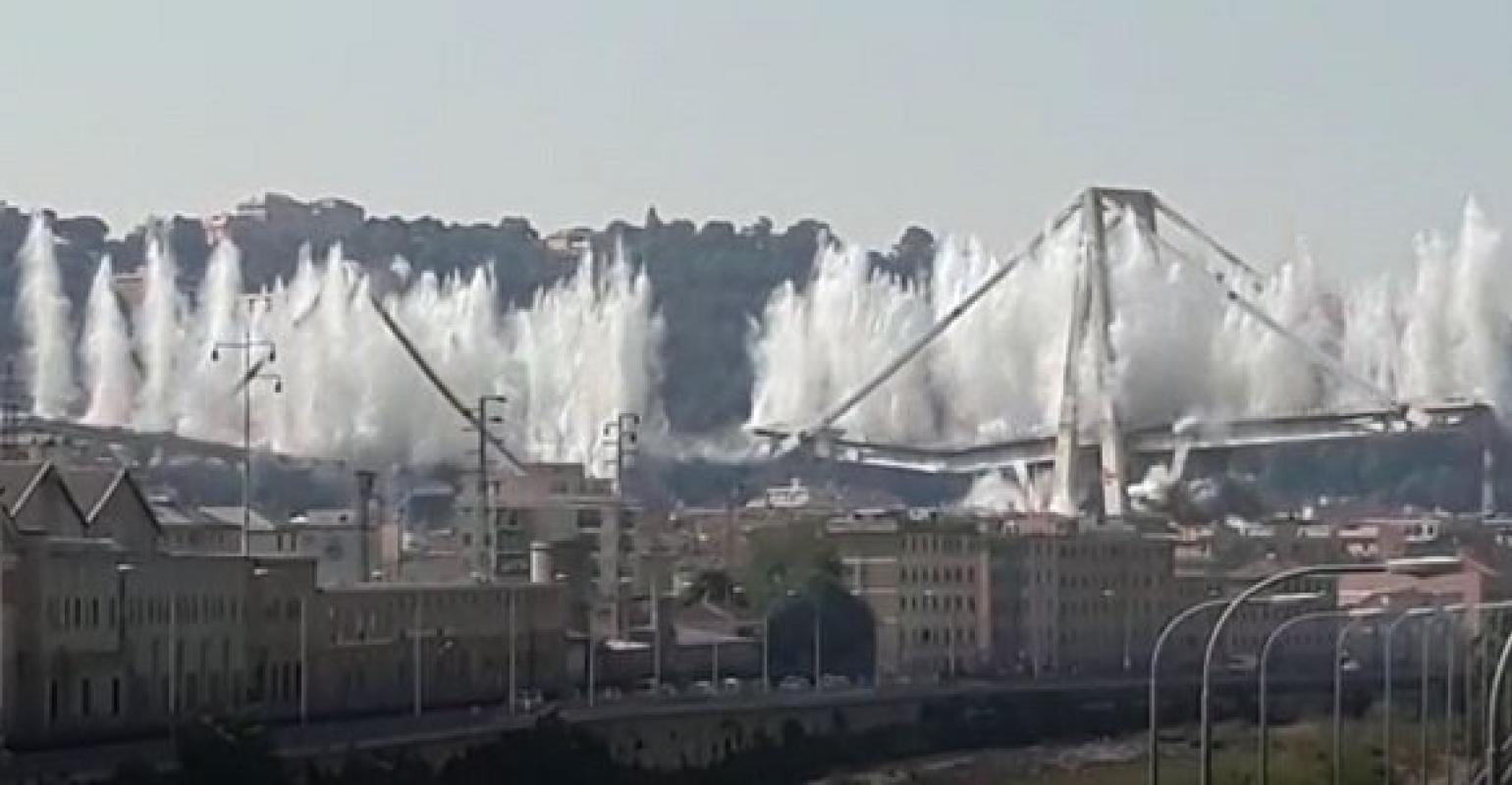 The closing day of the week-long programme of events coincided with the demolition by a series of controlled explosions of the two remaining pylons of the Morandi viaduct. The city’s iconic, 1967-built cable-stayed motorway bridge had partially collapsed on 14 August last year, tragically killing 43 persons and leaving 600 homeless.

The whole of Genoa stopped to watch and/or hear the demolition, film of which was replayed throughout the day in bars and on mobile phones across the city - including on the big screen at the Port & Shipping Tech main conference of the Week held in the Acquario di Genova.

It was a case of “out with the old, in with the new” since the very same day Fincantieri hosted a ceremony at its Sestri Ponente yard in the city to mark the arrival of the first sections for the continuous steel deck to be used for reconstruction of the bridge, due for completion in Q2 2020.

Fincantieri and Salini Impegilo have formed the PerGenova consortium charged with undertaking the construction of the new bridge, with RINA providing engineering consultancy.

The arrival ceremony was attended by dignitaries including Vice-Prime Minister Matteo Salvini; Marco Bucci, Mayor of Genoa and special commissioner for the reconstruction of the bridge; and Liguria’s president Giovanni Toti. They were welcomed by Fincantieri’s chairman Giampiero Massolo and ceo Giuseppe Bono, together with PerGenova president Alberto Maestrini.

Nine 10x15 m steel elements, each weighing around 50 tons, will be assembled at Sestri Ponente to form the first 50 m section of the bridge that will measure 1,067 metres in all. The three sites being used by PerGenova to for building and assembly are the Fincantieri Infrastructure production plant in Valeggio sul Mincio (Verona) and Fincantieri’s Castellammare di Stabia (Naples) and Genoa-Sestri Ponente shipyards.

Speaking the conference, officials from the Ligurian Port System of Genoa and Savona explained how the bridge had been an integral part of the logistics infrastructure of the port and region, but that actions had been taken quickly to provide alternative access routes. Funding has now been made available to provide a comprehensive overhaul of road and rail links to the port, where expansion is underway at the Genova Pra’ (PSA), Calata Bettola (MSC) and new Vado Gateway (APMT) container terminals.

Genoa Shipping Week was rounded off by the 15th edition of the Shipbrokers & Shipagents dinner, which attracted some 3,000 diners to a buffet reception overlooking the port. Here guests including Mayor Bucci and previous Vice Minister of Transport and Infrastructure Edoardo Rixi, a native Genoan, reflected contentedly to Seatrade Maritime News on the day’s historic events that all gone off perfectly according to plan.

A 6-page article on the Genoa Regeneration Project by Seatrade’s Italian correspondent Luca Peruzzi, who also contributed to the above story, is published in the June issue of Seatrade Maritime Review.