Lawyer drumming up support for #Rock4Ukraine 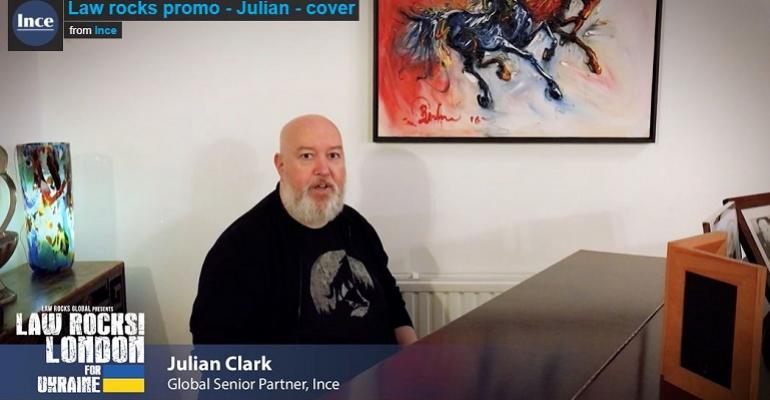 During CMA Shipping, the Seatrade Maritime News team heard of an incredible endeavour to raise funds for Ukraine’s refugees and we spoke to Julian Clark, Senior Partner, Ince to find out more.

“This was a middle of the night idea…a concert to raise funds for refugees and Ukraine generally..and within days we had a venue booked and #Rock4Ukraine was born!” Julian told Emma Howell, Media Director, Seatrade Maritime.

“It was a crazy idea that really worked!  Thanks to Nick Childs of Law Rocks and our amazing marketing and business development team led by the simply amazing Charlotte Dartford, we had London’s famous 100 Club booked and we saw 300 people boogieing away to four bands.”

Related: Podcast: Sing for Seafarers - In Conversation with Julian Clark

What started as a 3am thought ended up raising more than £51,000…all within 10 days of the lightbulb moment.

“So that money raised is going to one of the leading Ukrainian charities. All the bands obviously played for free; Nick managed to get the 100 Club to donate the venue for free which was incredible as so many greats have played there - the Beatles, the Stones. It was just a tremendous night and so great to see lawyers giving back to such an important cause.”

Julian is not new to the music scene.

“I dropped out of school when I was 16. I wasn't very good at school. I was at a comprehensive in Sheffield and I didn't really like it. My brother was 11 years older than me and a singer. I joined him at 16 playing keyboards in bands around the Working Men's clubs in the north of England and up into Scotland. And then I went back and did law later, I was about 22 and decided, perhaps I ought to get an education. So, I went to night school, got some A levels, decided to a law degree, ended up going to the bar, becoming a barrister and then moving into maritime law.”

His love of music was such that he actually returned to being a full-time musician before rejoining the law community and is now senior partner at Ince.  He continues to play keyboard; is a vocalist and can turn his hand to other instruments such as the mandolin.

Listen to Julian in the video below: