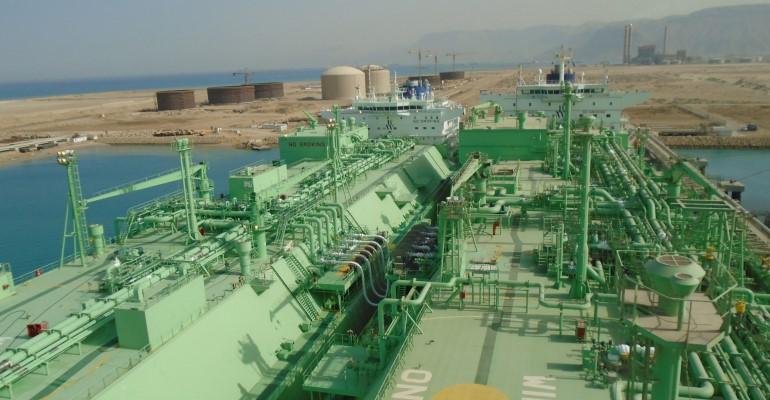 The project plans to charter an LNG vessel from BW LNG
Another leading Greek shipping name has joined those investing in floating storage and regasification (FSRU) units.

A new FSRU to be located at the central Greek Aegean Sea town of Volos is backed by the Dragnis family, joining Peter G Livanos and Vardinoyiannis group investing in FSRU projects.

Unveiled in Athens in mid-June the $365m, Dragnis-backed Mediterranean Gas project aims to be up and running by the first quarter of 2024 with a throughput of 4.6bn cu m per year and will be connected to the mainland through an underwater pipeline of about 340 m.

Related: FSRU sector on a roll as new projects ramp up

According to application papers submitted to Greek regulators earlier this year, the project plans to charter an LNG vessel from BW LNG. The Mediterranean Gas project also signed a memorandum of co-operation to be potentially supplied with natural gas from ExxonMobil LNG Market Development.

The Dragnis family, hails from the Volos area. It is the first time the group has been involved in such a venture already having extensive interests in dry bulkers, tankers, container ships and yachts.

The application papers submitted to Greek regulators by the venture show Dragnis’ Goldenport Marine controlling a 20% stake in it, with little-known entity Vapiando holding 71% and low-profile Norion owning the remaining 9%.

Two more FSRU-based projects are under development in Greek waters — one backed by Livanos’ GasLog in Alexandroupolis in the country’s north, and another to the west of Athens, which will be operated by Vardinoyiannis-controlled refiner Motor Oil.

Greece and Bulgaria contend the new $404m LNG facility to be built off Alexandroupolis will help create a new gas route for Europe and cut reliance on Russian gas.

“Our countries all together are ready to assume a new crucial role in Europe’s new energy map,” said Greek Prime minister, Kyriakos Mitsotakis at an event in May to mark the start of implementing the FSRU in Alexandroupolis. “Recent blackmails by Moscow over natural gas make this co-operation not only necessary but urgent,” said Mitsotakis.

European Council president Charles Michel and the leaders of Greece, Bulgaria, Serbia and North Macedonia attended the ceremony. “The economic blackmail of the Kremlin against my country and the European Union will not succeed, because we will oppose it and today’s event is a proof of that,” said Bulgarian Prime minister Kiril Petkov.

The FSRU is a project “critical to the security of all countries in Southeastern Europe,” according to the then outgoing US Ambassador to Greece, Geoffrey Pyatt, Speaking on the sidelines of the FSRU’s inauguration he said the project “shows us how much the region’s energy map has changed in recent years, with Alexandroupoli having acquired a significant geostrategic role.”

The terminal will be built by Gastrade, owned by Greece’s Copelouzos group and backed by Peter Livanos’ GasLog. It will constitute a floating unit for the reception, temporary storage and regasification of LNG, and a system of underwater and land pipelines for the gas to be transmitted to the national grid.The Vardinoyiannis business group, which owns shipping company Avin International and refiner Motor Oil, is behind the FSRU project which began taking shape two years ago.

Greece already has FSRU located on the island of Revythousa opposite Piraeus. The Hellenic Gas Transmission System Operator (DESFA) recently announced a decision to award the contract of leasing an LNG floating storage unit FSU in Revythousa to GasLog for a period of 12 months.
The Revythousa LNG storage facility is part of a national plan to ensure energy supplies are maintained in case of a decision to ban imports of Russian gas. The addition of the FSU will significantly upgrade the storage facility of Revythousa terminal stations.