Ever Given reflections - the largest General Average case in history? 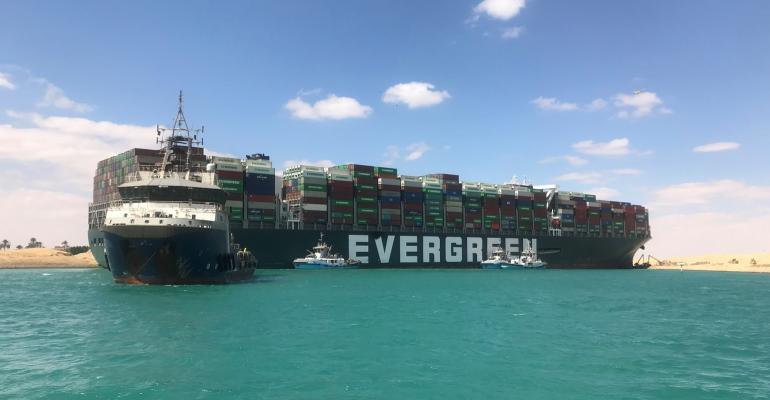 As pieces of the varied strands of the Ever Given saga are now being sorted the high-profile grounding in the Suez Canal could turn out to be the largest General Average claim in history.

It was one of the points raised at the latest event from New York Maritime (NYMAR) this one held virtually, which offered informative collection of insights blending the legal, insurance and commercial realism of the Ever Given casualty. Moderated by veteran lawyer Keith Heard the webinar covered what happened in the casualty in late March, its immediate aftermath, and likely future consequences that may unfold.

Ivanov referred to a 2004 grounding of a tanker in the Suez Canal, and said, “Since then, the insurance issues have metastasized.” When discussing General Average (GA), which would be apportioned between hull and cargo interests, he suggested that Ever Given would be: “the largest GA casualty in history”. He added: “With these larger and larger containerships,  it is causing massive headaches in how cargo claims and General Average is going to be dealt with.”

P&I insurance could likely also enter into the mix, certainly where claims for delays are lodged against the vessel owners, but also concerning the “Salvage Bonus”- a big issue here. Maritime lawyers should be happy, Ivanov suggested: “You can see the ripple effect of all these claims; this is litigation that’s probably going to put our grand-kids through college….It’s a soup of different interconnected claims, many of them directed towards the P& I Clubs.”

One of NYMAR’s great strengths is its ability to bring in commercial considerations, and, here it did not disappoint. Brian Nemeth, a logistics veteran working with Alix Partners offered a view that, while the grounding incident and subsequent delays to several hundred other vessels transpired over 11 days, “the ripple effects are still be felt today….here we are three months later, it’s still having an extreme impact on international trade.”

He cited record high rates for moving containers, congestion that has now reached into northern European ports, with port calls now being cut, and historically low schedule reliability as shipping’s latest debacles have come on the heels of last year’s Covid 19 disruptions.

This time around, demand has been exceeding supply- the opposite of the historical dynamic of oversupply; Nemeth said that ordering of vessels had now accelerated- with the orderbook stretching out well into 2023 deliveries.  He talked about how the cargo side is, alluding briefly to the rumored vessel charter by Home Depot - not mentioned by name, referred to only as “one of America’s largest retailers’).

“People are getting creative with solutions to try to get control of their supply chains.” But his bottom line to the audience at the conclusion of his lengthy presentation was that: “Disruption is here to stay.”