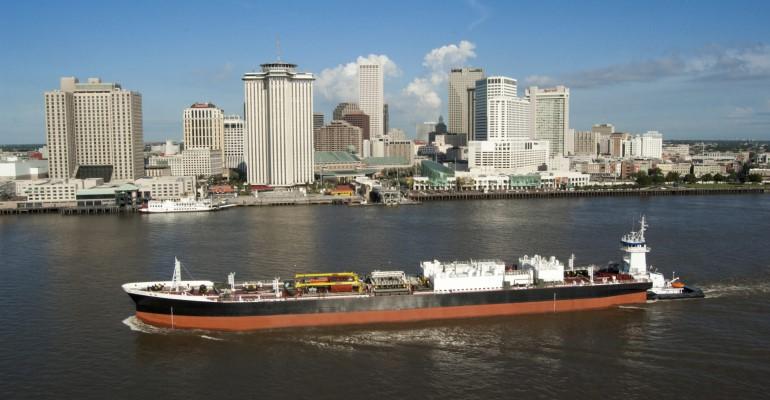 Once again, earnings season is approaching and crude, product and LNG tankers are doing very well.

Reflecting the health of the underlying shipping sectors, crude, product and LNG tankers are doing very well- some at new highs, while drybulk and containers have backed off from their highs set between late 2021 and early 2022. Another sector, US moves of petroleum and product, is also seeing a cyclical upturn.

On the US domestic waterways, in the news recently because of their low water situation, Kirby Corp (NYSE: “KEX”) is widely watched. In a late October post, Evercore ISI’s veteran shipping analyst Jon Chappell wrote, following a healthy Q3 earnings report where actual per share earnings beat forecasts, that: “…the Inland business provided much of the upside to our projection as spot pricing continues to move higher, contract pricing gives chase, and margins inflect higher…” KEX is the largest owner of tank barges on the inland river system, and also operates a large coastwise fleet of tug/ barge combination units.

Related: US takes another swig of Strategic Petroleum Reserve

In his report, Chappell highlighted the uptick in US oil production, and said: “Earlier this year, fleet utilization breached the important 90% threshold and spot pricing began to inflect materially higher, and now KEX’s contracts are set to be marked to market at rates that are more representative of the tighter spot environment.” In providing an outlook on how the inland liquid markets might fare, the analyst opined that: “… there is a large contractual reset higher for an Inland barge fleet that has been operating at greater than 90% utilization for a few quarters and margins should move substantially higher as contracts are marked to market (and cost escalators help offset cost inflation)…”

Analyst Ben Nolan, from brokers Stifel, was also waxing positive, telling investor clients that: “Just about everything is going right for Kirby right now. There is strong demand/utilization in the marine business (both inland and coast) which is enabling rate improvements…” With KEX’s fortunes tied to movements of petroleum products, Nolan said: “…given our view for continued high US oil and gas activity levels, we expect earnings momentum to continue and KEX shares should continue to rise with earnings.”

KEX has a large fleet of articulated tug barges, or ATBs and so the coastwise segment was also mentioned- “With greater US oil production and increased refinery activity, we expect this is the one segment that could surprise the most to the upside next year, although, given the smaller relative size, the impact across the company would be muted.” Coastal segment activity accounts for around 20% of KEX marine transport revenues.

In spite of the very bright outlook, both analysts told investors that they were keeping a weather eye on the broader U.S. macro-economic outlook, tied as it is to geo-political currents. Stifel’s Nolan pointed out that: “We expect momentum to continue, although rising costs are damping the impact of margin expansion and certainly a recession could reduce the slope of a business recovery.”

Chappell, from Evercore ISI, was also guarded in his outlook, saying: “..the economically sensitive petrochemical market could face headwinds if the US economy softens further (right now, global chemical issues lie in Europe). KEX is far from recession-proof…” There are other risks: though rainfall is now raising water levels in the Midwest, low water on the rivers is still a concern. Chappell wrote: “…we acknowledge that extreme low water levels on the Mississippi River (only about 20% of KEX’s Inland business, some hedged through contractual minimums) could have a short-term impact on results.”