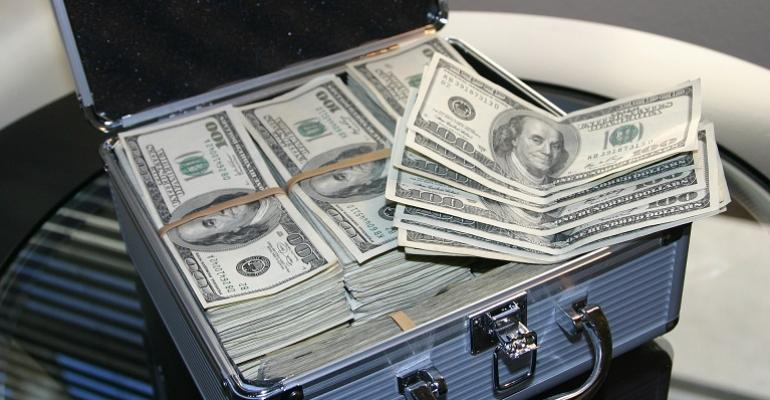 At the 2022 Marine Money event in New York, presentations on decarbonization, or mentions of carbon reductions, were included throughout the three-day session.

During the week, multiple speakers voiced a suggestion that shipping is ahead of other industries on the path to decarbonization- Marine Money’s Jim Lawrence, introducing a panel on the event’s final day, said: “Many industries are making the effort [to go green], but shipping, out of so many, is out in front.”

With the conference’s green theme, attendees were asking questions on how to invest in the greening of shipping. The Marine Money team, in conjunction with investment banker Hal Malone and commodity advisor Breakwave, John Kartsonas, have together created the Marine Money Decarbonization Index.

Related: Decarbonising shipping could be a $6trn effort

This measure, known as MMDI, tracks the share prices of listed companies building out technologies or providing services that will be integral to maritime carbon reduction in the coming years.

An investment vehicle has been packaged that lets investors buy into shipping’s move towards zero carbon. In late 2021, an exchange traded fund (ETF) that enables investors to effectively buy or sell the MMDI was launched. With the symbol “BSEA”, the ETF maintains holdings in the top 30 entities comprising the MMDI, including well-known names like Alfa Laval, Kongsberg and Aker. The fund has steadily gained a following among investors.

On Day 2 of the conference, Malone presented deck of slides providing the results of a survey detailing the attitudes of investors who were looking at participating in shipping’s “voyage” towards decarbonization. Investors, who were unanimous in viewing maritime carbon reductions as a “good” thing, largely felt that a stricter regulatory program would be its main driver. A majority of 53% of survey respondents said that maritime decarbonization had already begun, while another 31% expected it to start within two years.

The $4 trillion question in the survey asks: “who will pay?”

The answers here were nearly an even split among cargo interests, shipowners, and “outside maritime”. In a follow-up question, along the lines of “who benefits?” Respondents pointed to winners outside of the usual shipowners and charterers; instead- technology providers, followed by fuel suppliers and fuel infrastructure were viewed as most likely to benefit.

The final question in the survey solicited views on the best way for investors to participate in the aforementioned voyage; results reflected the wide-open range of possibilities about the future.

The leading way to invest, according to 38% of survey respondents, was through instruments such as the BSEA instrument. However, a substantial minority of respondents, 25%, thought that the best path would be to take positions in individual stocks; indeed, during the Marine Money program, a number of listed companies including Golden Ocean and Star Bulk Carriers stressed that their corporate DNA included efforts to lower carbon and other emissions.

Yet, respondents were also thinking of still other ways, some non-traditional, to participate, nearly 20% of survey participants thought of “carbon credits” as the way to play. The market for voluntary carbon credits- just being tapped in connection with vessel retrofits, is expected to expand rapidly.

An almost equal number mentioned “Green bonds”- which have also begun penetrating maritime balance sheets. The market size for such debt instruments, issued in connection with projects designed around reduced emissions, has been growing rapidly.