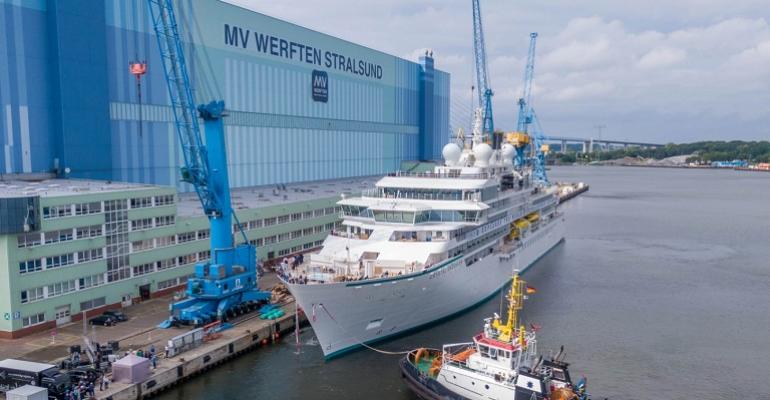 The move, which puts nearly 2,000 jobs at risk, follows protracted talks between the Government, the state of Mecklenburg-Western Pomerania and owner of the shipbuilder, Genting Hong Kong. MV Werften is made up of three shipyards located in Wismar, Rostock and Stralsund.

The facilities have provided jobs recently for almost 2,000 people, down from a peak of about 3,000 before the pandemic-induced cruise industry crisis.

The parties were not able to reach agreement on a further round of financial support, according to Norddeutscher Rundfunk (NDR), a Hamburg-based German news broadcaster. Specifically, they could not agree on a means by which to fund completion of the 340m-long cruise vessel, Global 1, said to be costing about €1.5bn and thought to be about 75% built. It has been designed and built to operate entirely in the nascent Asian cruise market.

The federal Government is thought to have committed about €600m towards the remaining work from the country’s Economic Stabilization Fund. However, four separate offers of financial support from Genting Hong Kong, representing a small fraction of the German commitment, are said to have been rejected, according to the NDR report.

Federal Economics Minister, Robert Habeck, was quoted by NDR. “As the federal Government, we have pulled out all the stops to avoid the bankruptcy of MV Werften and thus save jobs. However, the owners have turned down our offer of help; the result is the filing of bankruptcy.”

The outcome is a crushing blow for the shipbuilding workforce who, until recently, had seen significant investment in the three shipyard facilities as production was ramped up to meet Genting’s demands. Now, some experts believe not only that the future of cruise ship construction in Germany is at stake, but also the future of shipbuilding itself.