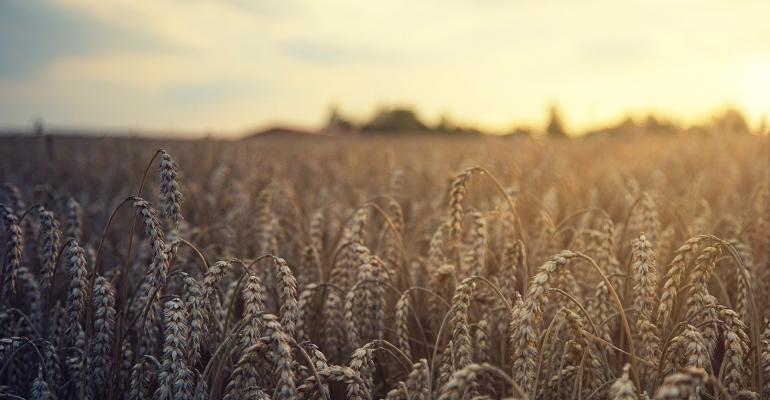 Security and insurance remain major concerns for any recovery of grain shipments from Ukraine ports despite the UN backed safe passage deal agreed on Friday.

Underscoring security worries within hours of a deal being struck a missile attack was launched by the Russians on the key port of Odesa. Ukrainian President Volodymyr Zelensky has accused Russia of "barbarism" with the attack, however, Kyiv was reported to be continuing preparations to restart grain exports.

The International Association of Ports & Harbours (IAPH) welcomed the international agreement to resume shipments, and safety and security of all port workers and seafarers from Ukrainian seaports should be "absolutely guaranteed" for the agreement to acheive the results planned.

"The missile attacks which struck the port of Odesa less than 24 hours after the signature of the international agreement gravely undermine these efforts and seriously jeopardise the reliability of such an accord," IAPH warned. "The terms of Friday’s agreement determines that the Russian Federation should not undertake any attacks against port facilities and merchant vessels engaged in the export of critical cargoes."

Establishing safe routes in the Black Sea is expected to take time with the waters having been mined since late March when Russia launched its invasion of Ukraine.

“Even though the UN-backed safe passage deal for Ukrainian grain exports was successfully agreed and signed by Russia and Ukraine on Friday, we believe it may take a few weeks to months to resolve insurance and safety concerns for the Black Sea routes from major grain ports, including Odessa. Therefore, Danube River ports will likely remain a safe and attractive option for grain exports in the near term,” commented: Daejin Lee, Lead Shipping Analyst at S&P Global Market Intelligence.

Prior to the invasion Ukraine shipped 5 – 6m tonnes of grain per month, while currently there is just around 1 – 1.5m tonnes capacity via Danube River ports.

There are an estimated 22m tonnes of grain stranded in the Ukraine awaiting export and President Zelensky has said this could rise to 75m tonnes after the annual harvest.

Lee from S&P Global Market Intelligence predicts that even when exports do restart initially it will be restricted to small, domestic vessels, rather than large, internationally-owned vessels that normally service the trade.

“In the early stage, small domestic vessels will operate through the passage first. However, to ship the grain cargo out of Ukraine efficiently, larger bulk carriers are necessary, which would likely call in after clearing insurance and safety issues,” the analyst said.

“Therefore, the food inflation risk with global grain shortage is expected to continue in the near term until the passage from the major grain seaports in Odessa region fully return to normal.”

The key requirement from an insurance perspective would be hull cover although there would also be question marks over P&I cover given the potential for injury and loss of life if the routes were not deemed as being secure.

Speaking last month to Seatrade Maritime News about what would be required for a potential restarting of the grain trade from Ukraine, Mike Salthouse, Global Claims Director for North P&I said: “From a P&I point of view, if the mines were cleared, and the Russians agreed not to shoot at ships, then there's no reason why vessel on an annual P&I policy couldn't go in lift the cargo grains to the Ukraine and come out again.”

From a P&I rule point if the risks were too high an owner trading into/or from the region could be seen to be breaking the imprudent trading route rule giving rise to obvious liability that is not fair to other club members.

“If you had satisfactory assurances, and then and there was clearly demand for that trade, I think, as an industry, P&I would probably be as supportive as it could be,” Salthouse said “However, the question also needs to be directed at hull and war risk underwriters to because they will be the parties who will be charging probably quite significant premiums for the additional risk to the vessels hull in going into to trade those cargoes.”

SAFEEN Feeders to purchase and charter out boxship trio
Sep 27, 2022