Virtual hearings and a blended future for maritime arbitration: SCMA 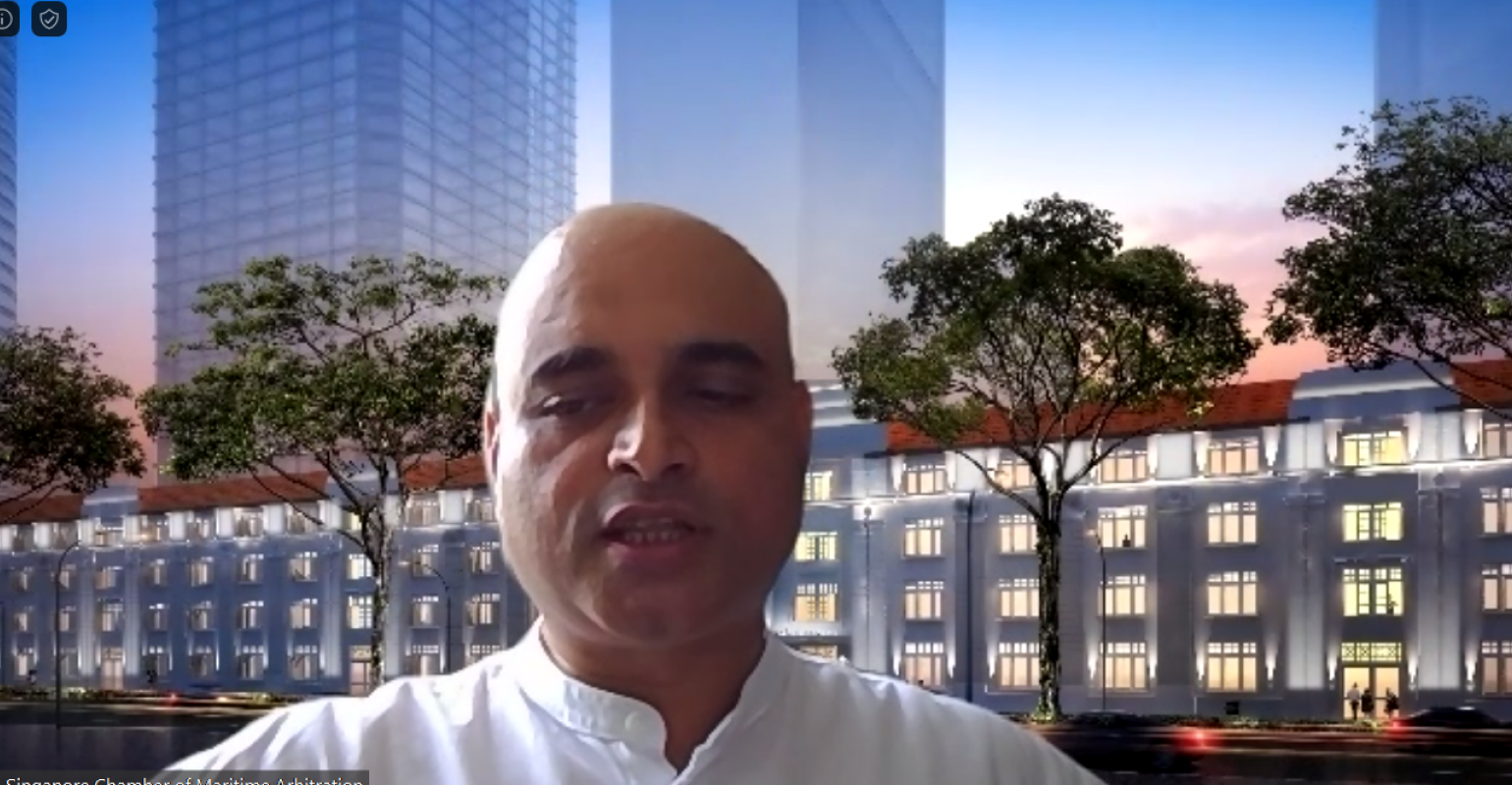 Punit Oza, executive director of SCMA, with a virtual background of Maxwell Chambers
The COVID-19 pandemic has pushed arbitration hearings into the virtual world, and Punit Oza at Singapore Chamber of Maritime Arbitration (SCMA) believes that it could lead to a blend of physical and online in the future.

Oza joined SCMA as executive director just as the world was plunging into lockdowns and travel bans bringing the traditional in-person model of arbitration, where parties often fly in from around the world for hearings, to a grinding halt.

Fortunately for SCMA as Oza explains that Maxwell Chambers, where it is based, had already invested in the technology to allow for hearings to become virtual and that business continues “as usual”.

“I think nearly every arbitration centre will have to continue to provide virtual hearings as a part of their overall services,” Oza told Seatrade Maritime News in an interview on Zoom earlier this week. “Maxwell Services have been very proactive to try and get those virtual hearings out there.

“None of the parties I know of have actually postponed their cases as such and they’re at different stages of the arbitration.”

He sees areas such as pre-proceedings as lending themselves to a virtual environment.  “Parties can also actually try and formulate ways to say, ‘we’d like to do this part virtually and we will leave the rest to do physically at a later date’. I think people are adapting to these changes.”

While hearings are being done virtually to overcome the near-term hurdles caused by the pandemic Oza also believes they represent and opportunity to change the way arbitrations are carried out over the longer term. This is in part due to a new normal developing until there is a vaccine for COVID-19 and also that virtual hearings present opportunities in terms cost and time management for the parties involved.

Online hearings raise the opportunity of breaking the arbitration down into sections something Oza says was raised a shipowner ahead of an upcoming webinar by SCMA on virtual hearings. “Why don’t we actually use virtual hearings and break down an arbitration into issues in bite-sized chunks. Which means if you have five issues to sort out rather than doing one hearing why don’t we have five shorter hearings.”

The user experience is something that Oza, who has a chartering background, is keen to incorporate and the webinar on 29 May will feature both shipowner representative from BW Group and charterer from Tata Steel.

He recognises there are also shortcomings in virtual hearings such as not being able to cross examine witnesses face-to-face.

Looking ahead Oza says: “It’s going to be a process the more people use it the more buy in will be. It’s going to be a blended world out there, it’s going to be something where we need to see the value of this continuing as such. It would be a complete shame if people forget about all these lessons and go back to the status quo.”

Attracting talent to diverse opportunities in maritime and shipping
Jun 04, 2021