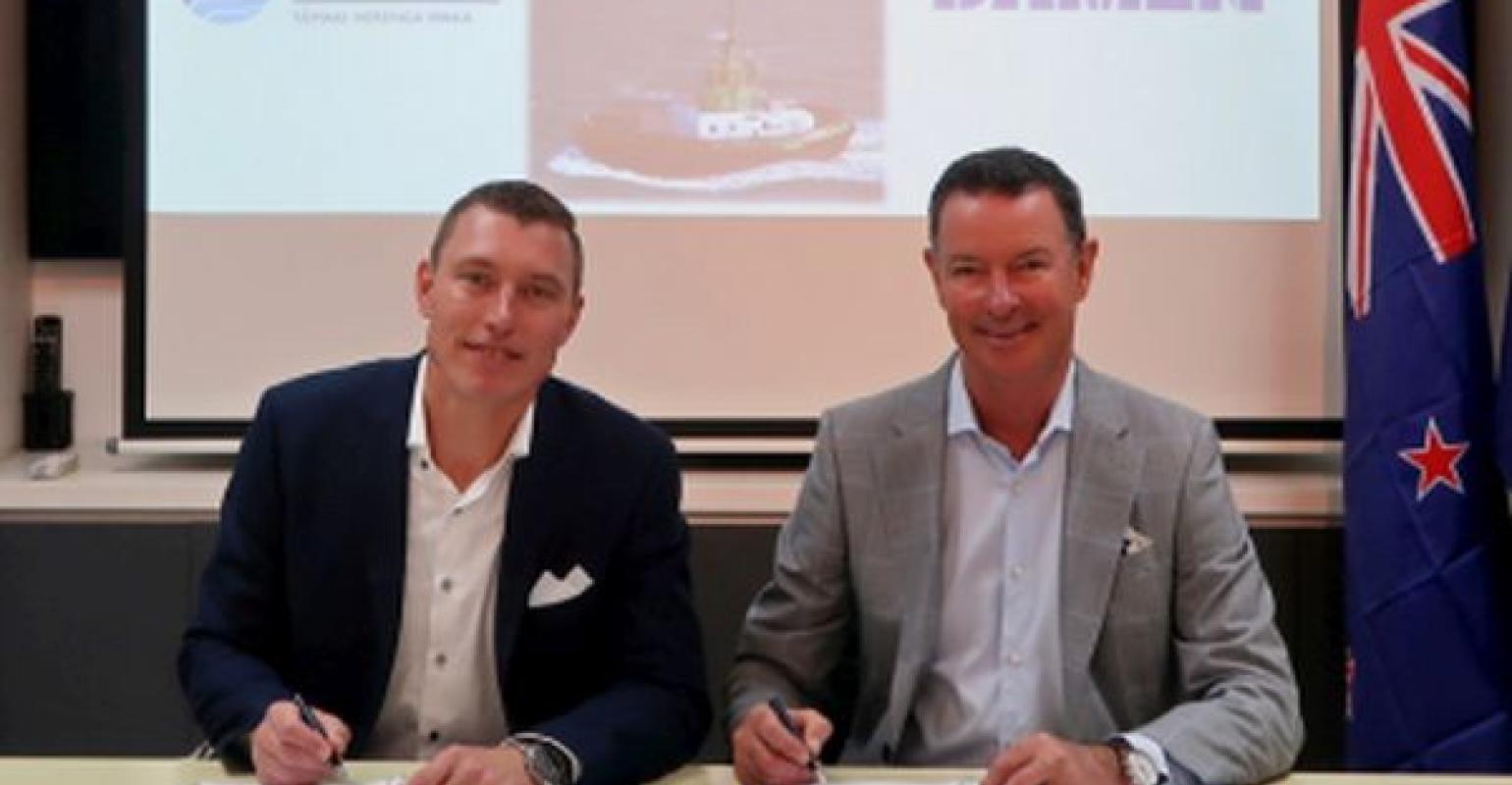 New Zealand’s Ports of Auckland signed a contract with the Damen Shipyards Group for the delivery of an innovative new vessel.

The RSD-E Tug 2513 will be the first fully-electric ship-handling tug in the world with 70 tonnes bollard pull. The vessel completes the green cycle of energy in the port with its unrivalled performance in sustainability, Damen Shipyards said in a statement.

The Damen’s RSD Tug 2513, unveiled in 2018, already boasts extreme green credentials, being fuel-efficient and IMO Tier III ready. When the Ports of Auckland were looking to go a step further in terms of sustainable performance, they turned to Damen.

“We have set ourselves the goal of being zero emission by 2040,” said Tony Gibson, ceoof Ports of Auckland. “To meet this goal, we needed to find a zero-emission option for our tugs.”

“When we first looked into buying an electric tug in 2016, there was nothing on the market,” said Allan D’Souza, Ports of Auckland’s general manager for marine, engineering and general wharf pperations. “We are very happy with our existing Damen ASD Tug 2411 and we knew Damen were building hybrid tugs, so Damen was a logical choice for a partner when we wanted to look at the possibility of developing a fully electric model.”

For this, Damen took data from the operational performance of Ports of Auckland’s existing ASD Tug 2411 and was able to work out what the battery requirements would be for the RSD-E Tug 2513. Damen is involved in the entire process (development and construction), from start to finish.

A simple system, the charging station features four cables on the vessel being connected to the station. Once connected, the 1.5MW charger takes just two hours to fully charge RSD-E Tug 2513. The tug has high levels of redundancy in its power systems. The electrical system has built-in redundancy, with the batteries arranged in strings; if one battery in a string fails, the others simply carry on the work.

To ensure absolute safety – of utmost importance in shipping – the tug also has two 1,000kW generators. This is not a hybrid system. In normal operation, the generators will not be used as the vessel and its battery system has been designed to meet the port’s normal operational needs

Like Damen, Ports of Auckland and New Zealand as a nation are committed to sustainability. Already around 40% of primary energy generated in the country comes from renewable sources, including 80% of electricity, which comes primarily from hydropower and geothermal power.

“The RSD-E Tug 2513 completes the cycle of sustainability, being not only clean on emissions, but also in its source of power. This is great news for the region and also for other ports around the world with green ambitions,” explained Sjoerd de Bruin, Damen sales manager Asia Pacific.