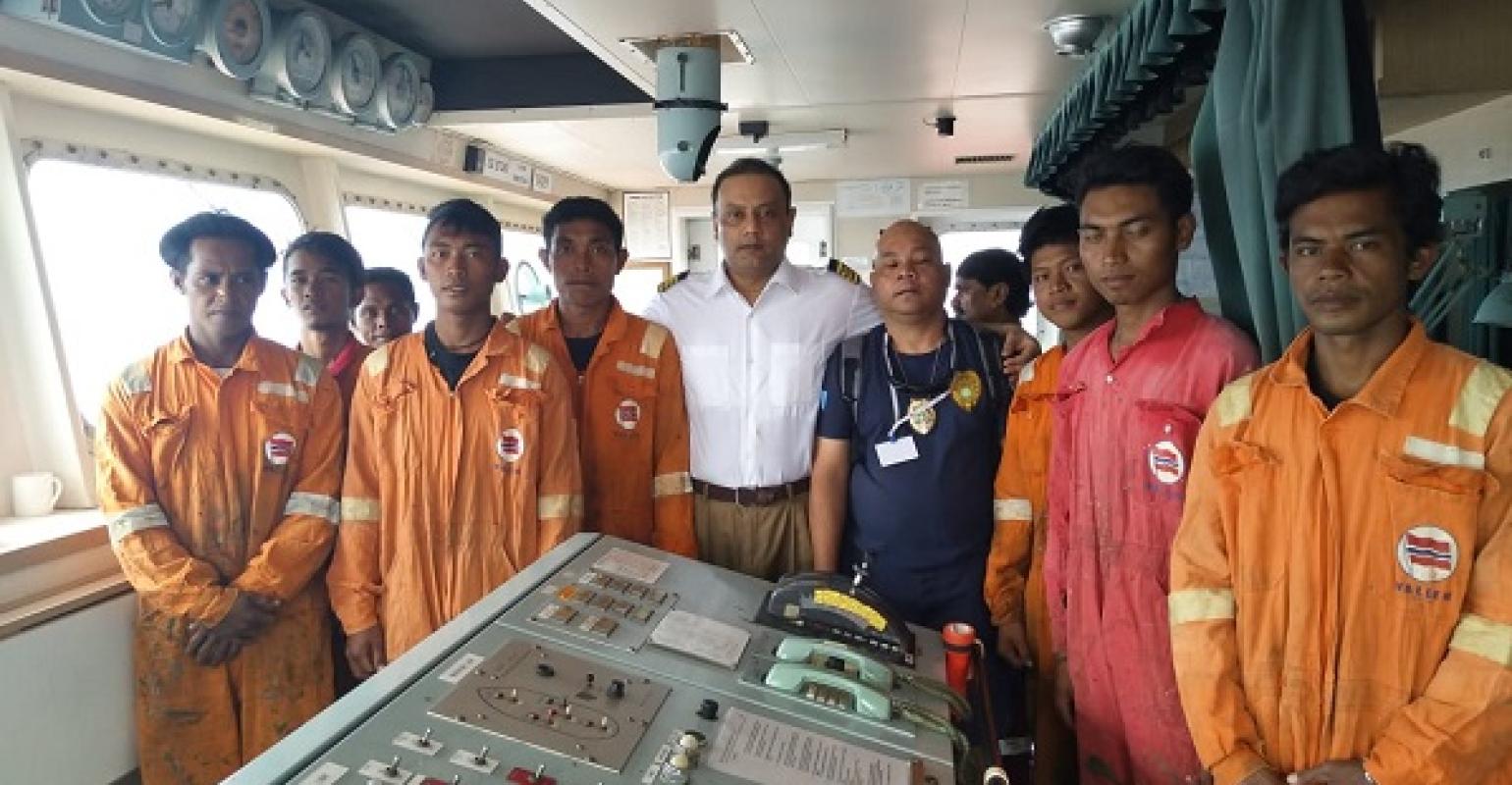 A Wallem Group-managed bulk carrier ISL Star rescued eight Indonesian fishermen adrift in the Pacific for over a week.

The ISL Star, part of the US AMVER scheme, received an alert from US Coastguard on 13 August after the Indonesian fishing vessel had been adrift for 10 days.

When the ISL Star arrived at the Hallelujar’s last reported position it was nowhere to be found, and new search patterns provided by the Rescue Coordination Center in Guam also failed to result in further sightings.

A US Navy reconnaissance plane spotted the Hallelujar and the ISL Star was able to reach within one hour 20 minutes, rescuing the fishing vessel’s eight crew who had run out of food and water. The bulk carrier transferred the eight crew 160 nm away to authorities in Palau. “It was the first experience for my entire crew and myself to rescue life at sea, and I am indeed very proud that we were able to save lives of eight crew members of the fishing vessel. In situations like that working together is important, and through the support of the U.S. Coast Guard and Wallem team ashore, we were able to coordinate a response and successfully rescue the eight mariners. I will cherish this moment for the rest of my life”.