Collaboration: the key to digitalisation & innovation 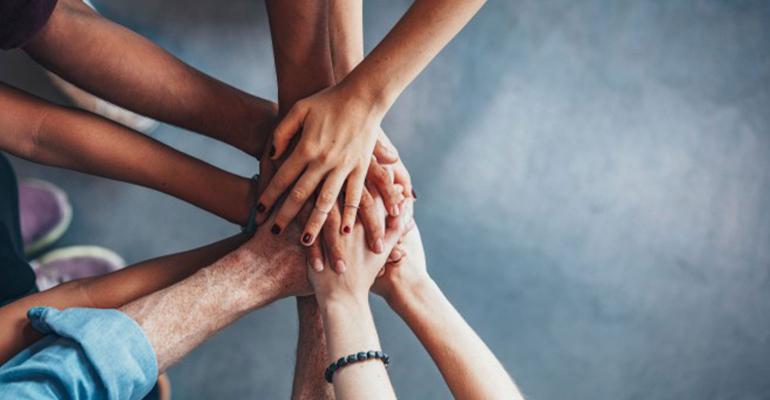 The concept of collaboration has been greatly debated over the past few years, and the shipping industry can largely agree that it is beneficial.

The concept of collaboration has been greatly debated over the past few years, and the shipping industry can largely agree that it is beneficial. In theory. But in practice, the concept of various people working together towards the same goal becomes complicated.

One of the biggest single challenge standing in the way of collaboration is the industry’s mindset. Andrew Fletcher, Superintendent - Port Services at BHP Billiton, recalled the difficulty of approaching the subject:

“As a company, the suggestion of sharing the information was unheard of”, Fletcher said.

Collaboration as a result of an alien attack

During the panel at Global Liner Shipping & Shipping2030 Asia, Geir Isene, Innovation Manager at Dualog Innovation Garage, suggested that to get beyond the initial reluctance, shipping needs a truly disruptive event.

“I am an outsider to the shipping industry and as such I have one observation I would like to share”, Isene told the attendees. “And that is that I do see the shipping industry being very collaborative internally. We have different countries competing, we have China and the US doing trade wars and all kinds of stuff happening on the political scene, but there is one thing that would unite the world: an alien attack.”

If you think of movies where extra-terrestrial creatures threaten Earth, with destruction and extinction, it all adds up.

“In a week, everybody would be on the same page, collaborate together, and share data in order to handle this external enemy”, Isene explained. “It’s not Klaveness against Maersk or any other shipping company against another shipping company. It’s the shipping industry against other alternative ways of transporting goods.”

The external threat is not imaginary. The likes of Alibaba are innovating rapidly, and if shipping doesn’t change, then the industry will be truly disrupted.

The reason why collaboration is a necessity in digital transformations is because traditional industries lack the technological knowledge to take digitalisation to the next level.

“We realised that in the necessary approach to what we call ‘best-in-class’ we can only understand that we cannot be the best in everything. The real consequence of this is that we have to […] spend a lot of time on intelligence to find out what our customer wants, and who the best stakeholders are, which will interestingly include startups.”

But to gain the most value from collaboration and digitalisation, businesses must adapt and identify the new opportunities.

“Probably in the future, we will not just be ship managers that manage an asset for a fee”, Schellenberger said. “We will customise and compartmentalise various services around that, together with partners that we consider ‘best-in-class’. […] In 3-4 years’ time, we estimate that our environment will have totally changed, and this goes along with the change in competence within the company, [moving] away from the traditional silo shipping thinking.”

Besides ‘being traditional’, shipping has a reputation for moving slowly.

“You only have to look at bulk carriers for example”, Fletcher illustrated. “There has been very little change in them for the last 20-30 years. So I think that the companies that will do well are the ones that can work with other companies to come up with radical changes in design, integration into the supply chain.”

However, in shipping, digital transformation has to consider regulations.

“What we have seen is that the bodies that represent us in the industry are not moving quickly enough to address those issues that come in faster with that exponential timeline. We just feel not well represented in this way”, Schellenberger said.

But Isene’s take on the matter is more positive.

“I think that the physical part of the industry will move slowly, yes”, Isene agreed. “The digital part of the industry can move much quicker because there is less regulation there. You can create software without going through any kind of regulation as long as it doesn’t impact the parts that are regulated. There are many parts that are not regulated like ship-to-shore communications.”

“We are actually really focussed on diversity, and not just gender diversity – diversity of thought”, Fletcher said. “You take a room full of traditional shipping people, and if you tried to come up with a solution, you’d struggle. We’ve gone with the approach of bringing new people in with different backgrounds, ask for ideas, and the person who you think would not have the idea will have the idea.”

Schellenberger also noted that the new additions of OSM do not have a traditional background in shipping: “When we look at the new hires in our company, probably 30-40% are around IT, artificial intelligence, and building platforms.”

Diversity has been one of the biggest issues in shipping media, and it is likely to be a point of discussion still in 2019, as next year’s World Maritime Day will celebrate Women in Shipping.

Fletcher predicted: “The stand-outs of the industry are going to be the ones that will do something radical.”