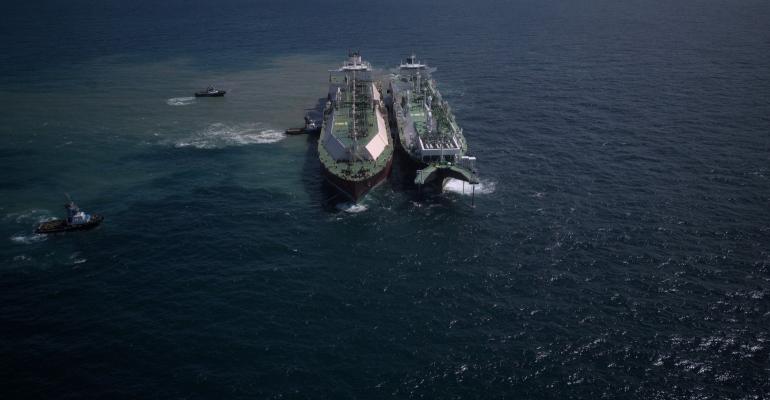 This first transfer took place at Celse’s terminal, in Barra dos Coqueiros (SE), and aimed to supply the Porto de Sergipe thermoelectric power plant (UTE). UTE was activated in July by the National Electric System Operator (ONS); Celse has two more operations plnnaed through September, also through Q-FLEX type ships. The ship is one of the largest gas carriers in the world with a capacity of 215,000 cubic metres

Initially, the thermoelectric plant is being run continuously without interruption by ONS for four months. There is the possibility of eight more gas supply operations by the end of the year.

"The gas carrier initially unloaded about 2/3 of the cargo. Then, it waited at anchor, while the FSRU transferred the gas to the thermoelectric plant," said Dourado. "After this time, a new mooring was performed to unload the rest of the cargo," he adds. All in all, the tugboats performed four manoeuvres.

"Ship-to-ship operations with large vessels are complex and require a high level of safety. Therefore, we need to count on partners that we have total confidence on and that guarantee the quality that we value so much. The choice for Wilson Sons is an example of this", said Lucas Buranelli, manager of LNG terminal operations at Celse.

With a fleet of 80 tugboats, the largest in Brazil, Wilson Sons is present in 25 locations, covering almost all the Brazilian coast with the 24/7- Towage Operations Centre (COR), in addition to the Maritime Improvement Centre (CAM) where periodic training of crews and campaigns are conducted for specific projects.