Lots of gas but no more ships 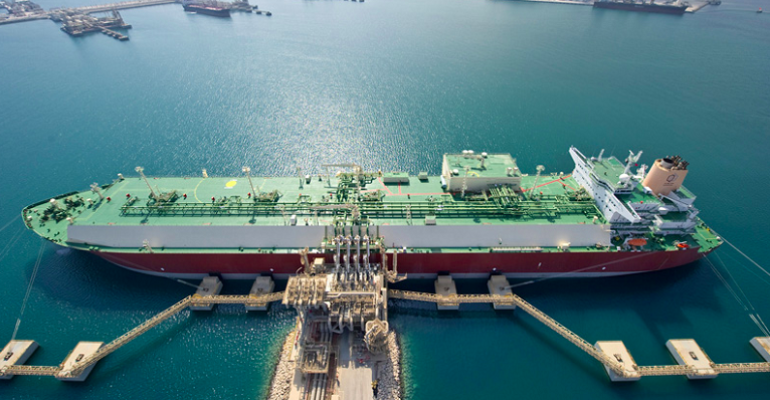 As the world’s energy crunch worsens, a shortage of shipping capacity will limit the scope for liquid natural gas (LNG) to plug the gap.

This was the warning from Lloyd’s Register (LR) gas guru, Panos Mitrou, who said that LNG shipbuilders are full until well into the second half of the decade.

Recent contracts have closed at prices around $250m, up by about $60m on last deals done at the start of the year. Clarkson figures reveal that more LNG carriers were ordered over the first half of the year than in any full year to date.

In an opinion piece on the LR website, Mitrou cites estimates by the classification society that the half dozen specialist builders in South Korea and China have an annual production capacity of 70-80 ships. But liquefaction and transport demand over the second half of the decade could require twice this number of new vessels.

Mitrou notes that the four long-established LNG construction yards – Daewoo, Hyundai and Samsung in South Korea, and Hudong in China – have recently been joined by newcomers, Dalian and Jiangnan, also in China. A seventh yard, Yangzijiang, is also set to join the group.

Related: US to overtake Qatar as top LNG supplier

But some LNG producers, who are ramping up exports, have been caught out by constraints on ship supply. Mitrou believes that the world will lack the LNG shipping capacity to meet transport demand by 2025, possibly before.

Meanwhile, floating gas plants can provide a relatively quick way of boosting energy imports in some power-hungry countries. But conversions of existing ships would take more tonnage out of the transport system, Mitrou noted.

To make matters worse, he cited estimates by the classification society that about 400 existing LNG carriers in the 640-ship fleet are likely to fall into categories ‘D’ or ‘E’ of the IMO’s carbon intensity indicator, therefore requiring remedial action. This is partly because of relatively fuel-inefficient steam turbine and early diesel propulsion, but also a lack of effective boil-off management systems.

Mitrou concludes by warning that a perfect storm is brewing. LNG is the cleanest hydrocarbon energy by far, he declares, and offers significant potential as a transitional source of energy. But we cannot have an energy transition without energy security “and there is very little of that in many import-reliant countries right now”.