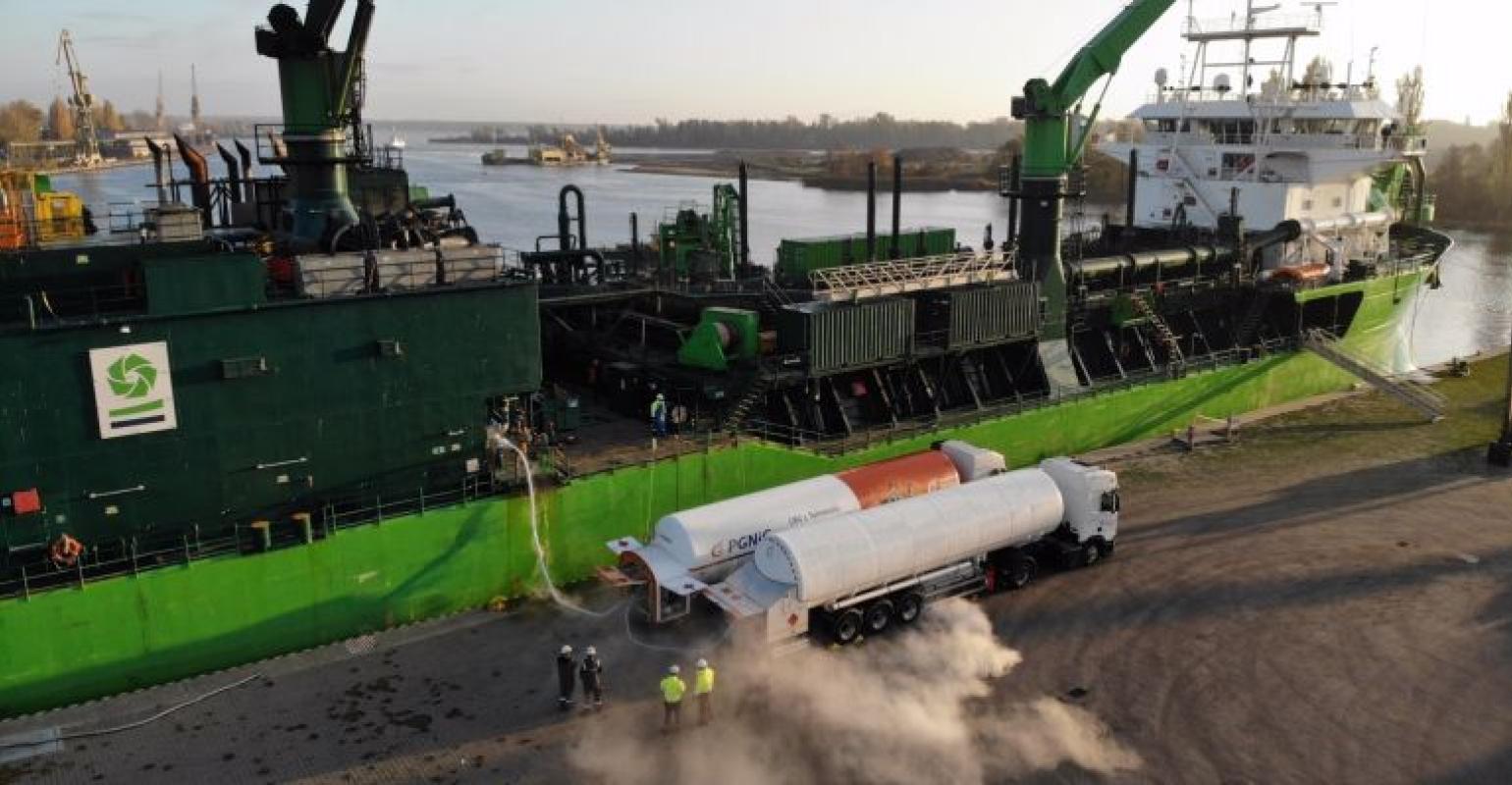 SEA-LNG is an association which promotes LNG as a marine fuel and comprises oil majors, engine manufacturers, shipowners, class societies, ports and other industry representatives. That mission faced a setback last week when a report from the World Bank suggested the use of LNG in shipping may bring little or no environmental benefit at great financial cost when compared to switching straight to zero carbon fuels.

“Waiting for future fuels and not fully utilising LNG, which is safe, proven, competitive and available today, is a mistake,” SEA-LNG said in a press release.

The group cited Sphera’s 2nd Lifecycle GHG Emission Study on the use of LNG as a Marine Fuel and its findings that LNG as a marine fuel could provide up to 23% reduction in GHG emissions from well-to-wake and 30% from tank-to-wake when compared with current oil-based fuels.

SEA-LNG accused the World Bank report of using studies in its analysis which “which are based on out-of-date technologies used in niche maritime operations.”

The World Bank report noted methane as a potent GHG and warned that methane slip – the unintended release of methane into the atmosphere – could offset the lower CO2 emissions produced when LNG is burned for fuel compared to oil fuels.

“Using current engine information, as the SEA-LNG study does, shows that methane slip does not impact LNG’s GHG reduction potential to the extent that the World Bank report claims. LNG engine solutions are already in use today with minimal methane slip,” said SEA-LNG.

The group stressed the health benefits of LNG as its use produces much less SOx, NOx and particulate matter leading to better air quality.

The World Bank report suggested green hydrogen and green ammonia as the zero carbon fuels of the future, but SEA-LNG highlighted the challenges facing those fuels.

“Considerable research and development as well as extensive operational testing is still needed.  Major technological and regulatory hurdles need to be overcome before ammonia and hydrogen can be safely used as fuels in the marine environment,” said SEA-LNG. The group also mentioned the need for infrastructure development.

“By focusing on theoretical, unproven solutions, the World Bank stifles innovation in technologies that can also provide answers in the decades ahead. We strongly encourage all institutions around the globe that have a place in the policy debate to set standards and targets that drive real and immediate reductions in GHG emissions not prescribe specific technology solutions that are untried and unproven in the real world,” said SEA-LNG.

LNG as fuel gathers speed, but older vessels face bumps in the road
May 13, 2021