US to overtake Qatar as top LNG supplier 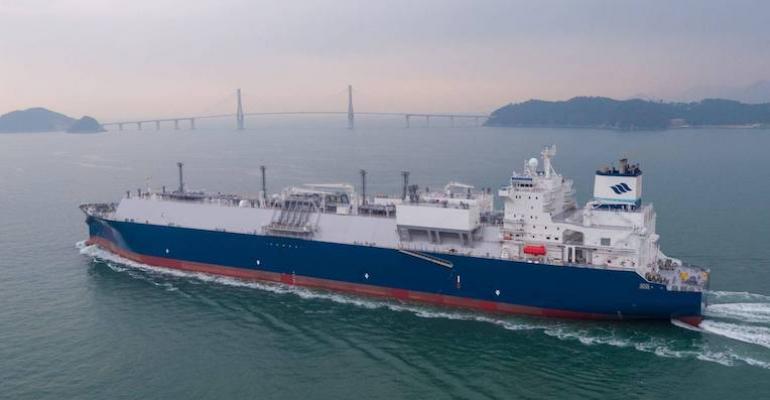 The US has emerged as a major exporter of LNG and has been buoyed by Europe’s moves to reduce dependence on Russian gas, and looks set be the major source of supply growth over the next decade forecast to overtake Qatar by 2032.

In a mid-year report from the US Department of Energy’s (DOE) Energy Information Agency (EIA) said LNG exports increased by 12% in the first half of 2022, averaging 11.2bn cubic feet per day (Bcf/d), compared with second half of 2021.

They also broke down the total US LNG exports during the first five months of 2022, prior to the fire at a Freeport LNG facility in early June, which will be reducing export volumes for several months going forward. The EIA said that deliveries to the United Kingdom and European Union accounted 8.2 Bcf/d, amounting to 71% of total exports.

The EIA was estimating that the shutdown at Freeport LNG reduced US export capacity by an estimated 2.0 Bcf/d. During May, the Freeport facility loaded 20 vessels. For data on LNG vessel loadings, readers can find them at: https://www.energy.gov/fecm/articles/lng-monthly-2022

The growth in US at the present time was among many issues covered in a very thorough webinar presentation on LNG markets by Poten & Partners, which is active as a broker in the sector, but also offers extensive analytics on supply, demand and overall LNG market dynamics.  Poten analyst Kristen Holmquist, explaining Poten’s longer term outlook (going out 10 years) said that major growth areas will be in Europe, Northeast Asia- especially China, and Southeast Asia.

Poten pegs the overall market for LNG shipments at 400 million tonnnes annually (mta) in 2022, with growth up to 550 mta in 2032. China alone is expected to account for nearly 40 mta of the incremental growth- as LNG is substituted for coal.  India is expected to account for almost 25 mta of this increase. The US is likely to continue its front-runner status, with Poten saying that much of the new contracting for LNG sales, some with timeframes extending out 20+ years, is tied to US origins.

Over the next decade Poten sees the largest portion of supply growth coming from the US and Qatar with the two countries forecast to account for around 100 mta of 200 mta in supply growth between 2022 and 2032. Of this supply from the US would increase by around 60 mta and Qatar by around 42 mta tonnes year by 2032 with the US expected to overtake Qatar as the world’s largest supplier of LNG.

Holmquist, cautioned, “I think there could be some flexibility in that some US projects don’t get approved and more comes on in Qatar, but overall that’s about 100m tonnes of the 200m tonnes of increase in supply.”

Not surprisingly, estimates for European demand have been revised dramatically upward by events in Ukraine with European consumers scrambling to reduce their dependence on gas from Russia. Poten’s forecasters have increased their views of European imports from around 85 mta in the mid/ late 2020’s up to 110 mta, with some 18 mta - more than half of this growth, tied to consumption in Germany, predominantly, and Poland. This is set to drive demand for FSRUs read more here