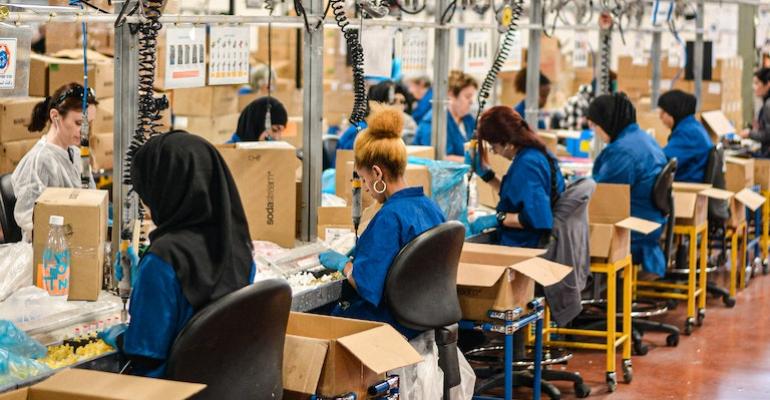 A new study commissioned by DP World shows that the phenomenon of nearshoring is gaining momentum.

Research commissioned by DP World and conducted by Economist Impact, said “companies [were moving] manufacturing closer to home to protect against supply chain disruptions, while increasingly protectionist policies [were] breaking the world into trade blocs.”

According to the findings of the latest Trade in Transition survey, the third in the series, more than half of business leaders questioned in Asia-Pacific (APAC) and Australasia plan to diversify their supplier base, while almost a third plan to switch to suppliers within their home market (14%) or region (19%), an increase from 4% and 10% respectively in 2021.

“Geopolitical uncertainty is also guiding the decisions of business leaders, with 97% of the companies surveyed in APAC—and a similar 96% globally—planning to make changes to their supply chains due to global events,” the survey showed.

“In the space of just a year, the number of companies in APAC, and globally, shifting their manufacturing and suppliers—either to their home markets or nearby—has more than doubled compared to 2021. This is driven mainly by efforts to reduce both costs and the risk of disruption,” it said.

Some 51% of APAC executives said they were diversifying their supplier base, while one in three (29%) also said they were decreasing the length of their supply chains due to geopolitical events. One third of businesses in the region plan to expand into more stable and transparent markets to hedge against uncertainty.

One quarter of APAC companies saw rising inflation as a concern, expected to lead to a global fall of 1% in exports due to decreasing production and demand. Supply shortages, transport, high energy costs and shipping capacity constraints were all seen as inflation drivers.

In addition to the war in Ukraine, respondents also believe US-China tensions and cyber warfare are preventing the efficient functioning of economies worldwide. “This is leading to increasingly protectionist policies by governments around the world, [causing] further fragmentation of the global trade system,” it said.

“Businesses in the region are also driving the adoption of advanced technologies, with 69% using artificial intelligence, big-data and predictive analytics to gain real-time insights and forecast disruptions, and 67% using blockchain to improve traceability, security and data protection. This is ahead of the global average of 62% for both technologies.”

The survey found that companies in North America and Europe were most likely to outsource more than half of their services within their region. This was followed by 40% of those in South America, 36% in the Middle East, 32% in Asia-Pacific and 18% in Africa, outsourcing within their regions.

“Apart from rising concerns over inflation, global geopolitical trends will continue to pose a key challenge to Asia-Pacific’s trade landscape. However, companies are not shying away from risk, and are instead responding in two key ways. The first is undertaking more due diligence of their supply chains, and the second is expanding into new and stable markets,” Glen Hilton, CEO and managing director, DP World Asia Pacific and Australasia, said.

“Asia-Pacific is also ahead of the global average when it comes to implementing new technologies such as artificial intelligence and advanced automation, and these drivers will continue to catalyse innovation and boost supply chain resilience for our region. The latest Trade in Transition data bodes well for companies in our region and their ability to cope with the challenges to come.”