Saudi Arabia ‘could have its own Belt and Road Initiative’ 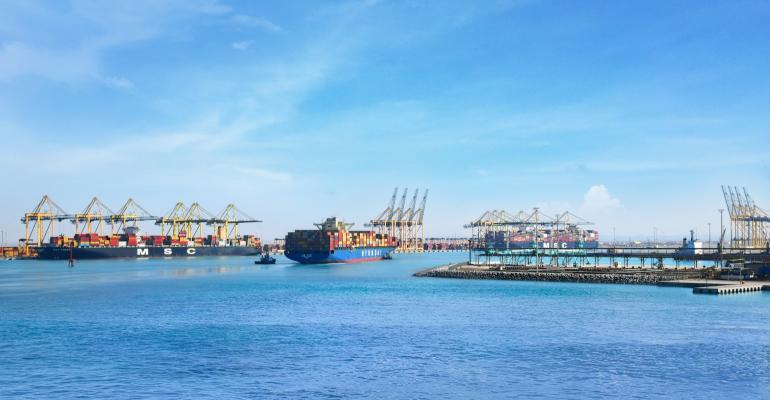 Shipping and logistics experts see the opportunity for Saudi Arabia to develop into a regional logistics hub taking advantage of its position at the crossroads of three continents.

Speaking at the Saudi Maritime Congress in Dammam, panellists discussed the future trading potential of Saudi Arabia under its Vision 2030 strategy and broader diversification ambitions.

“Saudi Arabia has an advantage, which sometimes is taken for granted, but their advantage is geography,” said Denis Petropoulos, Chairman, Baltic Exchange.

Related: IMI to launch full operations before the end of 2023

Saudi Arabia’s position puts it at the centre of shifting trade patterns, said Petropoulos, at the middle point between East and West and on Africa’s doorstep. With Africa soon to need much more in the way of commodities, Saudi Arabia could take the lead in free ports and free trade on the continent.

“Saudi can create its own belt and road... the Red Sea is not a very wide sea, but it's wide enough to need large ships to do logistics," said Petropoulos. Saudi Arabia could leverage its cultural relationship and understanding with Egypt as a foundation for a partnership and entry route in the African continent.

“From there, that's where I see big trade relationships with key partners developing,” said Petropoulos.

“I think the aspiration for Vision 2030 is that we will be building a world unique regional logistic hub, and that should be done with the private sector… the idea here is to perfect our logistics services, in order for a smoother flow of goods, services and capital.”

“On top of that, to incentivize less developed [domestic] regions SIDF started to offer some of its services more freely to those regions. So up to 75% of the funding can go to regions such as Jazan, the South and North regions, with tenors up to 20 years versus a standard 10 to 15 years and a grace period of three years.

“The aim there is to for us to fund strategic sectors in less developed areas. That is, in our opinion, the right way to create value,” said Alnuaim.

Petropoulos’ trip to Saudi for the event had changed his perception of development in the kingdom, he said.

“I've taken it for granted that the eastern coast of Saudi has fulfilled its ambitions, or is fulfilling its ambitions. But even just being here now, and seeing this exhibition, you realize those ambitions are only partway fulfilled,” he said.

With the enormous trading partner of the Indian subcontinent to the East and the insatiable appetite of China and Asia, the eastern parts of Saudi Arabia and its logistics development remains important, said Petropoulos.