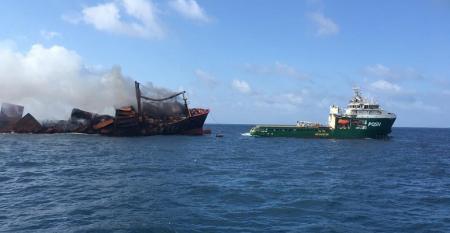 Insurers eye containership claims with dismay
Nov 02, 2021
The rising number of large insurance claims relating to container ship operation is of mounting concern both to...

Regulatory framework seriously behind on container fires at sea
Jul 22, 2021
Seafarers are ill-equipped to tackle fires at sea and regulations are lagging way behind. Most ships lack...

Container fire erupts onboard X-Press Feeders vessel in Colombo
May 21, 2021
A container fire has broken out onboard the X-Press Pearl while at anchorage in Colombo port on 20 May.