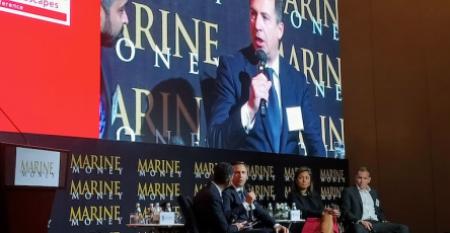 The case for investing in 10-year-old dry bulk ships
Oct 04, 2022
While much of the talk in the industry has been of older vessels facing problems with the upcoming environmental regulations Seanergy...

Mixed signals for dry bulk amid turbulent geopolitics
Jul 22, 2022
Keeping the lights on has become a top priority for many countries as the impact of Russia’s invasion of Ukraine...

Indian coal ‘crisis’ is latest dry bulk disruptor
Oct 06, 2021
A surge in Indian energy demand and a drawdown of domestic coal stocks over recent months is the latest feature...

Safe Bulkers inks three-year charter for capesize
Oct 05, 2021
As the dry bulk shipping market continues to boom Safe Bulkers has chartered a capesize for three years at $24,000 per day.

Seanergy buys capesize at ‘historically low purchase price’
Jul 08, 2020
Seanergy Maritime Holdings Corp has entered into an agreement to acquire a secondhand capesize bulk carrier for $11.4m, a price that the company sees to be at historic low.
Load More