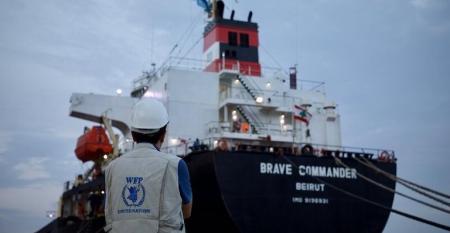 Greek shipowners top S&P buyers in H1
Aug 15, 2022
Greek owners have held their top spot in sale and purchase deals so far this year, connected to more than 30% of reported transactions in deadweight terms.

Analysts upbeat on dry bulk stocks despite ‘summer doldrums’
Aug 08, 2022
During July and into August, the dry bulk trades saw “dog days” and “summer doldrums” with a vengeance, however, stock analysts...

Mixed signals for dry bulk amid turbulent geopolitics
Jul 22, 2022
Keeping the lights on has become a top priority for many countries as the impact of Russia’s invasion of Ukraine extends across...

Seafarers – always collateral damage
Mar 11, 2022
Nobody, I am willing to wager, would have suggested to the crews of ships bound for Ukrainian ports last month that they might have been putting their lives on the line, or finding themselves in harm’s way.