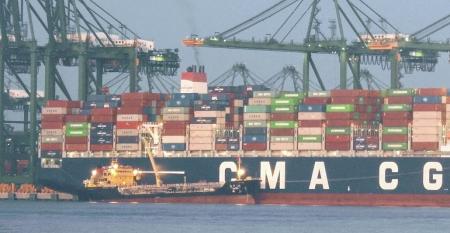 Analysts upbeat on dry bulk stocks despite ‘summer doldrums’
Aug 08, 2022
During July and into August, the dry bulk trades saw “dog days” and “summer doldrums” with a vengeance, however...

Star Bulk’s scrubber investment pays back in 2.5 years
Aug 08, 2022
Nasdaq-listed Star Bulk Carriers recouped its $250m investment on scrubbers in just two and a half years.

Scrubber demand surges on $400 plus bunker price spread
Jun 16, 2022
A surge in demand is being seen for scrubber retrofits as the price spread between high and very low sulphur fuel oil exceeds $400 per tonne.

Scrubber uptake unlikely to see growth despite recent positive price economics
Jan 20, 2021
The uptake of scrubbers by large crude tankers is the highest so far amongst the main vessel segments, though a further rise in...

Sponsored Content
Keeping a step ahead with service for SOx scrubbers
Nov 02, 2020
When a SOx scrubber is installed, it becomes vital to the vessel’s compliance and fuel economy. This makes choosing a scrubber more than a choice of technology. The supplier behind the scrubber must also be able to safeguard its performance –...

Sponsored Content
Keeping a step ahead with service for SOx scrubbers
Sep 07, 2020
When a SOx scrubber is installed, it becomes vital to the vessel’s compliance and fuel economy.
Load More