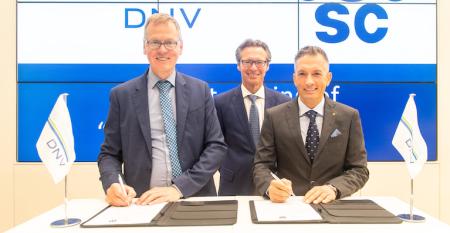 Skuld opens doors of Tokyo office
Aug 15, 2022
P&I insurer Skuld has opened the doors of its new office in Tokyo.

Risk appetite and navigating sanctions compliance
Jul 12, 2022
The sanctions landscape that shipowners require to navigate as part of their day-to-day business has become highly complex and...

Allianz highlights burning issue of cargo fires
May 10, 2022
Insurer Allianz’s annual review of safety and shipping shows a record low in total losses, a higher number of incidents, and a focus on catastrophic cargo fires.

In conversation with Dorothea Ioannou incoming CEO of the American P&I Club
Apr 14, 2022
Dorothea Ioannou is set become the first ever woman leader of a P&I Club at the beginning of August. She talks about the new role and P&I market in an exclusive interview with Seatrade Maritime News.