Maritime and shipping news and insight from across the Middle East and Africa region. 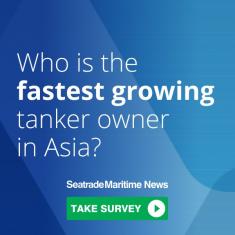 In a dynamic tanker market who gets your vote?

‘External source’ causes explosion on Hafnia tanker in Jeddah
Dec 14, 2020
Hafnia product tanker BW Rhine has been hit by an explosion caused by an “external source” while discharging at Jeddah, Saudi Arabia.

Major capacity boost for Inmarsat’s Fleet Express service
Dec 11, 2020
Inmarsat has switched on its most powerful satellite to date, GX5, providing additional capacity to Europe and the Middle East on the Fleet Xpress Ka-band high-speed broadband service designed for the maritime industry.

China’s dominance in tanker shipping will continue post-Covid-19
Dec 07, 2020
China is forecast to exert a growing impact on the tanker shipping market as many oil producers worldwide have become highly dependent on China, despite its slowing economic growth, according to analyst Poten & Partners.