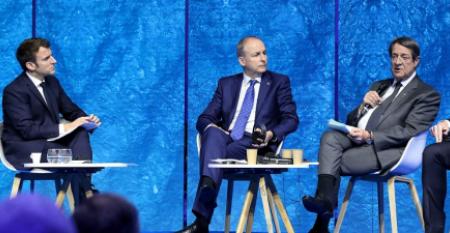 DP World and Angola ink MoU to develop logistics sector
Feb 03, 2022
DP World and the Government of Angola have signed a Memorandum of Understanding (MoU) with the aim of...

California plans $2.3bn investment in ports and supply chain
Jan 11, 2022
The State of California is proposing to invest $2.3bn in ports, supply chain infrastructure, decarbonisation and...

Can ports ban cargo? Lessons from Florida
Mar 09, 2021
The ports in Florida have still been smarting from the cessation of cruise traffic, and the landside benefits around port areas, but the good news is that cargo volumes have come back

Last day for shipping submissions on EU emissions trading scheme
Feb 05, 2021
Today marks the last day on which interested parties can make submissions to the European Commission (EC) on how its emissions...

Biden Administration gets thumbs up from US maritime
Jan 25, 2021
The first week of the newly inaugurated Biden administration seems to be getting a “thumbs up” from around the US maritime scene.

EU, emissions, and global level playing field
Nov 12, 2020
The European Union has its work cut out as it strives to tackle the burning issue of the decarbonisation of the maritime industry.
Load More