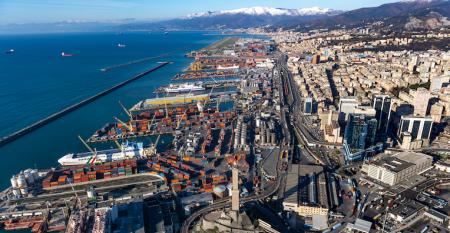 SSY’s Greek ambitions
Jan 17, 2022
Simpson Spence Young (SSY) has made a major move into the Greek marketplace as part of a long-term investment strategy to build out its forward orderbook, combining newbuildings and S&P with long-term period and projects.

Career switch from bio-medical to shipbroking
Jun 04, 2021
Despite having no professional or educational background in maritime Siti Nur Puteri Mohammad successfully made a mid-career switch from Medical Technologist in Singapore hospital to Commercial Operator with shipbrokers Steem1960 Singapore.

Attracting talent to diverse opportunities in maritime and shipping
Jun 04, 2021
Taking on the role of Singapore Maritime Foundation (SMF) Executive Director at the start of the year Tan Beng Tee sees...

Tanker and dry freight derivative volumes up in 2020 on market volatility
Jan 06, 2021
Trading volumes in the freight derivatives markets for both tankers and dry cargo vessels saw an increase in 2020, according to...

Norway court sentences shipowner to jail over illegal scrap deal
Dec 02, 2020
A Norwegian shipowner has been sentenced to six months imprisonment for having assisted scrap dealer Wirana in an attempt to illegally export a barge carrier to Pakistan for scrapping in 2017.

Scrap prices could break $400, says GMS
Nov 17, 2020
Mainstream ship recycling yards on the Indian subcontinent have hiked their prices during the first two weeks of November, and there are signs that the $400 per light displacement ton (ldt) watershed could soon be breached.