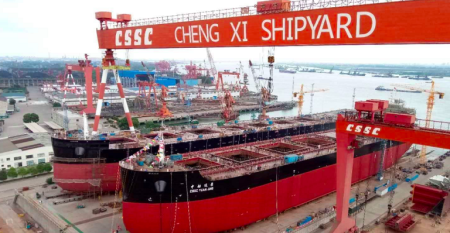 ABS and HHI team up on autonomous vessels
Jan 10, 2022
ABS and HHI are to work together on integrating autonomous and remote-control technologies into vessels.

CMA CGM chooses Wärtsilä LNG technologies for 12 boxships
Jan 04, 2022
Wärtsilä will supply 60 dual-fuel auxiliary engines and additional systems for a series of 12 boxships being built for in China for CMA CGM.

China shipyards newbuild orderbook up 183% end Nov
Dec 23, 2021
The three major shipbuilding indexes of China maintained growth during the first eleven months of this year, according to the...