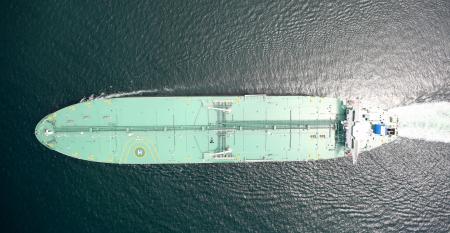 Oil price shoots up as Russia invades Ukraine
Feb 24, 2022
Global sea trade suffered another major knock this morning as Russia’s invasion of Ukraine drove oil prices up by about 8%, something that will filter through to already sky high bunker prices.

Oil prices ease marginally but unease persists over Ukraine
Feb 15, 2022
Brent crude oil traded above $95 for a spell on Monday before easing back to the mid $94s as uncertainty reigns over Russia’s intentions in Ukraine.

Key first-half VLCC rates plunge to lowest levels this century
Jul 19, 2021
Spot VLCC rates on the benchmark TD3C trade representing 270,000 dwt vessels between the Middle East and China, plunged to just $500 per day, according to Gibson Shipbrokers, the lowest level since the firm’s records began in 2000.