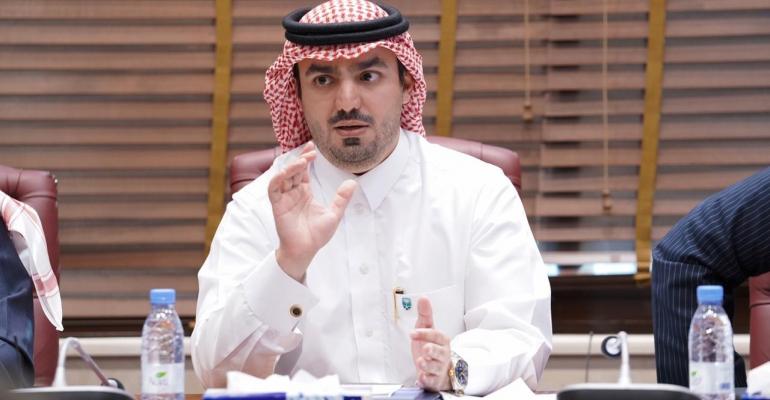 Faisal S Albedah, Deputy Governor for Trade Facilitation at Saudi Customs
If only to exploit its unique location at the mouth of the Red Sea, Saudi Arabia, under a new liberal and progressive regime, is making a concerted effort to be a logistics hub for three continents – Asia, Europe and Africa.

This plan forms the fulcrum of Vision 2030, an ambitious programme that seeks to completely transform the economy of the country, and drastically reduce its dependence on crude oil exports.

Arguably the most important measure taken by the Saudi authorities to facilitate trade is the promise of a 24-hour Customs clearance for incoming cargo, a process that used to take anything from ten to 14 days, and result in uncertainty and angst for both shippers and consignees.

“The two pillars of Saudi Customs have always been security and revenue; we introduced the term ‘trade facilitation’ two years ago,” says Faisal S Albedah, Deputy Governor for Trade Facilitation at Saudi Customs, a government arm that has been revitalised by its youthful governor, Ahmed Alhakbani.

“We convinced our people to accept the concept of e-filing of documents for Customs clearance even before the docking of the vessel. We cleared their major doubt: ‘How can I clear something I cannot see?’ Today, they are proud of what they have been able to achieve in such a short time.”

Customs launched and implemented various initiatives that adopt and implement groundbreaking technologies and innovative practices aimed at enhancing the business environment, increasing the competitiveness of the Saudi market, and attracting international investment in cooperation with its partners. “Our transformation journey had a positive impact in raising the Kingdom’s GCI ranking for the first time since 2012,” says Alhakbani. “Our strategy included 41 initiatives that cover the pillars of Customs’ work across all land, sea, and air ports.”

Alhakbani outlines the various efforts made by Saudi Customs over the past two years to improve the competitiveness of the business environment and facilitate logistical procedures that are a key enabler to enhancing trade facilitation and customer centricity.

“Saudi Customs have succeeded in the clearance of more than 80% of Customs declarations within 24 hours, on average, through pre-clearance procedures, technology enhancement efforts and the digitisation of most Customs operations,” he says.

Fasah, the electronic national system for import and export that was launched as a joint effort of 25 government entities, achieved a positive outcome in the clearance procedure, by enabling companies to track and complete their clearance procedures electronically, and contributed in decreasing the number of documents required for cargo clearance.

Albedah highlights the importance of the Authorised Economic Operator Program (AEO) that has enhanced the business environment and further facilitated Customs procedures. “Through reducing the number of documents needed for import and export, and activating the pre-arrival electronic submission, the Customs procedures and mechanisms have been greatly enhanced,” he says.

Albedah explains that local exporters have also been allowed to use the Customs bonding zone for storage purposes, in line with trade facilitation procedures.

It must be appreciated that Saudi Arabia has the biggest port network in the Middle East – of nine ports, compared to just four in 1976; and is currently undergoing further major expansion, in line with Vision 2030 and its efforts to becoming a logistics hub.

The government is undertaking a multitude of investments in transportation infrastructure, with new projects such as the Saudi Rail-Roads Expansion, the East-to-West Land Bridge, substantial investments from the private sector e.g. Jeddah Islamic Port and Dammam Port upgrades, and the new economic cities.