“The upgrade was completed this month and the official opening will be in November,” said Ayman El Shafey, technical and engineering department manager at the Marine Industrial and Services Organisation (MIASO), the holding company which owns ASY.

“There is competition in the Mediterranean and that is why we have upgraded the shipyard,” said Rear Adm. Mahmoud Ahmed, head of the Egyptian delegation to Seatrade Middle East Maritime and also chairman of sister shipyard, Egyptian Ship Repair and Building Co. (ESRBC), also owned by MIASO. “We have added to the facilities of the shipyard.”

ESRBC facilities include two floating docks, of 9,000 tonnes, recently introduced, and 6,000 tonnes, and an 800 tonnes boat-lift.

Around 70% of ASY and ESRBC business is done with commercial lines and the rest with the Egyptian navy. Clients include petroleum and shipping companies, some requiring conversions, including cargo ships to livestock transporters.

Upgrades to the ASY facilities have seen the enlargement of one of the building berths to 220m x 38m, while the smaller is 180m x 28m. The larger of two drydocks has been expanded to 267m x 40m.

ESRBC is the only yard in the area to build aluminium vessels, and to carry out blasting and painting jobs, and also claims to be the biggest in the area for block assembly. 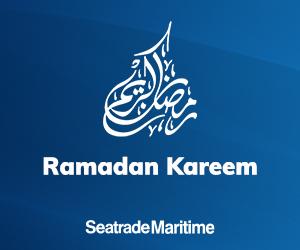 All vessels stranded by Ever Given grounding clear the Suez Canal
Apr 05, 2021