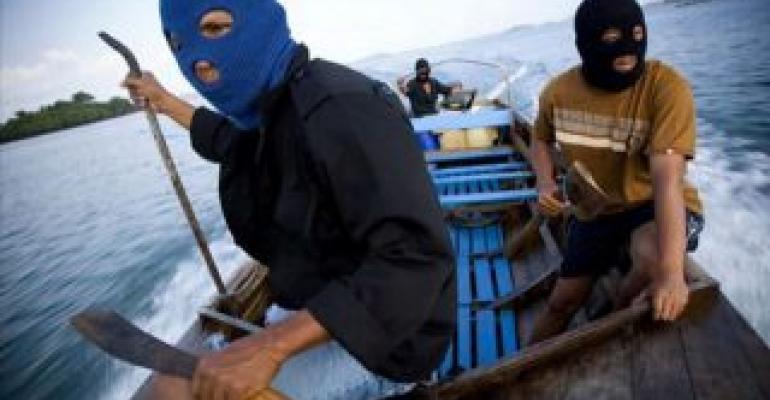 Pirates have hit a second vessel within days in West Africa kidnapping four seafarers from the Greek tanker Elka Aristotle off Lome, Togo.

Greek shipowners European Navigation confirmed the attack on the vessel on 4 November and that four seafarers had been taken hostage.

Security analysts Dryad Global said the that according to reports three pirates had boarded the vessel while it was possibly undertaking ship-to-ship operations.

“A firefight is understood to have taken place between the Togolese naval detachment embarked to provide security for the vessel, and the perpetrators. Reporting has indicated that one navy personnel is reported as having sustained a bullet related injury to the leg,” Dryad said in a report.

European Navigation said the vessel and its remaining crew were safe. “We cannot comment in detail at the present time, except to say that the safety and security of our people is of paramount importance to us and we are doing everything we can to ensure their prompt and safe release,” the company stated.

It is the second kidnapping of crew off West Africa in three days after nine seafarers were taken by pirates from the JJ Ugland vessel Bonita off Benin on 2 November.

The waters of West Africa are the worst most dangerous for piracy with 62 seafarers taken hostage in the Gulf of Guinea in the first half the year according to the International Maritime Bureau (IMB).